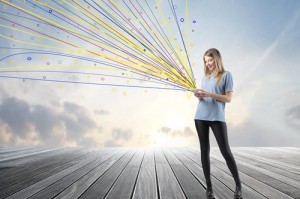 Launched in late 2009 with backing from Egyptian-based Orascom Telecom, WIND Mobile was the first of several new wireless entrants to attempt to jockey for position in Canada’s wireless industry. Orascom is now controlled by Dutch-based VimpelCom, who signalled its interest in selling WIND Mobile earlier this year. In October, the Financial Times reported that in addition to selling-off non-core assets in Canada, VimpelCom is also looking to dispose of its non-core assets in Sub-Saharan Africa, Laos, and Cambodia.

“WIND Mobile has done a fantastic job of signing up some of the most forward thinking mobile consumers in the country and has taught Canadians that there can be alternatives to traditional wireless service,” said Jody Schnarr, CEO of Fongo Inc. “By combining WIND’s wireless assets with Fongo’s proven ability to deliver innovative mobile solutions, Canadians will have true choice and a service that is radically different from anything else out there.”

Since February 2012, over 250,000 Canadians have signed up for Fongo’s free mobile phone service. Fongo provides a free phone number, unlimited free messaging, and unlimited free calling across Canada through a mobile app that can be downloaded onto any iPhone, iPod touch, or Android phone, regardless of carrier. Many WIND Mobile customers are already using Fongo paired with WIND Mobile data to maximize their savings.

“Fongo has accomplished what everyone told us was impossible—we figured out how to make mobile calling not only free, but profitable,” said Dave Bullock, president of Fongo. “We re-imagined how a mobile calling service should work, and the result is saving each of our customers hundreds of dollars a year off their mobile bill.”

Currently, WIND Mobile’s network coverage is limited mainly to Ontario, with pockets of coverage in Calgary, Edmonton, and Vancouver. As part of the proposed acquisition, Fongo plans to immediately extend the WIND Mobile service offering across the country to mirror Fongo’s coast-to-coast free calling network. Current WIND Mobile customers would be transitioned to Fongo over the course of 12 months.

Fongo plans to retain the majority of WIND Mobile’s employees, but has pledged to re-think many aspects of the business. “The modern consumer wants to purchase online, receive streamlined service, and pay only for services they use,” added Bullock. “The concept of paying $8 a month for voicemail, or being forced to buy airtime minutes when you really only want a data plan—these are outdated ideas that simply exist because ‘that’s the way it’s always been done’.”

Backed by venture capital investment and funding from the Government of Canada, Fongo has pledged to match its unique free calling service with equally innovative and disruptive offerings for wireless data. Fongo’s offer submitted to WIND Mobile proposes a $1 purchase price and a 49% equity ownership stake in Fongo.