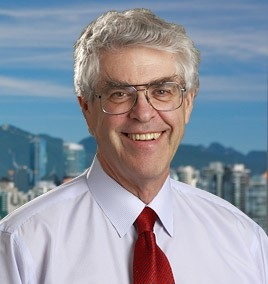 Michael J. Brown, Chairman of the Board of Chrysalix Energy Venture Capital, was appointed to the Order of Canada, one of the highest honours awarded to citizens by the Governor General of Canada. Brown is a pioneer of risk financing, having co-founded Ventures West Capital in 1968, an event that was key to the development of today’s venture capital industry in Canada.  Mr. Brown also co-founded Chrysalix in 2001.

Recognizes Michael J. Brown’s over 40 years in venture investing & the importance of venture capital in building future industry for Canada

Today, Chrysalix Energy Venture Capital (“Chrysalix EVC”), the world’s most active cleantech venture capital firm and a member of the Chrysalix Global Network (CGN), announced that Co-founder and Chairman, Michael J. Brown, has been appointed to the Order of Canada, one of Canada’s highest civilian honours for lifetime achievement. This is a unique milestone for the Canadian venture capital community and for the Brown family after his Father received the same appointment ten years prior.

“After more than 40 years investing in early-stage technical innovation here in Canada and around the world, I have been fortunate to work alongside great colleagues and entrepreneurs across a variety of industries in the quest to make a difference. I’ve also been fortunate to work at the government level guiding technology development in this country since to me, improving the lives of Canadians and addressing the planet’s biggest environmental challenges comes down to ‘miracles’ – those breakthrough inventions from brilliant minds that need the right financial backing to achieve success,” said Mike Brown.

Dating back to 1968 as the Co-founder of Ventures West Capital, one of Canada’s largest private sources of capital for early-stage technology companies, Mr. Brown has had a profound impact on shaping the technology industry in Western Canada, and has helped build numerous companies in the process. Career highlights include:

— 25 years in the clean energy space stemming from his early work with fuel cells with Ballard to today’s involvement with breakthrough fusion energy company, General Fusion,

— Recipient of multiple industry awards including the Science Council of B.C.’s “Cecil Green Award for Entrepreneurialism”, the Vancouver Board of Trade’s “B.C. Pioneers of Innovation Award”, and the Cleantech Venture Network’s “Pioneer Award”,

— Co-Founder of the 2004-2005 Canadian Task Force on Early-Stage Funding which brought together many pan-Canadian experts in all stages of early-stage equity markets,

— Co-founder of the 1989-1990 City of Vancouver “Clouds of Change” report analyzing the impact of climate change on the City,

— Co-Founder of several other companies of his own including Chrysalix EVC which he co-founded in 2001 and today is recognized as the world’s most active cleantech venture capital firm in the world,

— Member of several government committees, such as First Chair of the B.C. Securities Policy Advisory Committee, Advisory Committees for Federal Ministries of the Environment, Immigration and Industry, and including his current Director role with Sustainable Technology Development Canada (SDTC).

Additionally, Mr. Brown is an Oxford Rhodes Scholar and a graduate of the University of British Columbia’s Bachelor of Arts, in which he was the recipient of the Lieutenant Governor’s Silver Medal.

“Canada has the potential to be a technology leader with the right ecosystem in place. I’m honoured that the Order of Canada Committee has validated the importance of venture capital in this country,” adds Mike Brown. “Early-stage technical innovation is crucial to our future so my hope for the next 40 years is that Canada will be recognized as a key player in the race to solve some of these very difficult energy and environmental problems.”

Chrysalix EVC is a venture capital firm investing in technologies that will drive the new energy economy. The Firm provides early-stage financing, hands-on assistance, and strategic connections to innovative companies confronting the world’s most important energy and environmental issues. For the past two years, the Firm has ranked the most active clean energy technology venture capital firm in the world and today, is a member of the Chrysalix Global Network (CGN). The Chrysalix EVC team has an exceptional track record in this emerging industry. Collectively, it has over 120 years of experience in the energy industry and over 120 years in the venture capital business. The Firm is backed by a strong group of international blue-chip industrial and financial Limited Partners, and is headquartered in Vancouver, British Columbia, with a supporting office in Calgary, Alberta. For more information, please visit www.chrysalixevc.com.