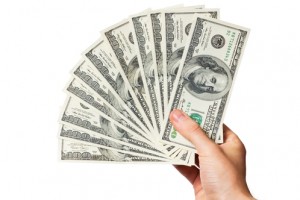 How are venture capital funds performing these days? It’s hard to give a direct answer, as it depends on which time frame one looks at, and whether one focuses on portfolio value or cash returns.

But in general, new data from Cambridge Associates seems to indicate that venture funds are doing so-so. Broadly, performance improved over a 10-year time frame, but third-quarter write-downs weighed on returns.

Overall, U.S. venture funds posted a 10-year return of 6.1%, based on data from 1,400 VC funds formed between 1981 and 2012. The numbers show a marked improvement from the same period a year ago, when 10-year returns, still heavily impacted by the dot-com boom and bust, weighed in at just 2.6%. However, even with the improvement, 10-year VC returns still lag average gains in public market indices.

Slightly lower returns were seen in the 3-, 5-, 15- year horizons, meanwhile, as a weak third quarter kept improvements across all time periods at bay.

“The third quarter saw distributions from venture funds hit their highest level since the first quarter of 2001 and outnumber contributions for the sixth time in eight quarters,” said Peter Mooradian, managing director and venture capital research consultant at Cambridge Associates, in the report. “Performance during the quarter was muted, however, largely due to written-down values in the IT sector, the largest in the index.”

The 1996 vintage year funds continue to have the most positive ratio of the last three decades.,returning 4.97 times the capital contributed by LPs, a number which rises to 5.01 should those funds realize the value of what remains in the portfolio. More recent vintage years have yet to return significant cash to LPs as most funds do not have the opportunity to begin returning capital until after year five.

The full report, published by Cambridge Associates and the National Venture Capital Association, is here.