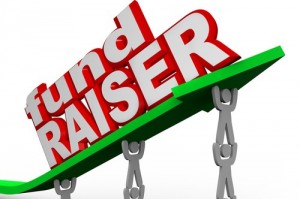 Canadian venture capital firm Version One Ventures has closed its first micro-fund, raising C$19 million, or about 25% more than the partnership’s target. The fund’s backers include BDC Venture Capital, former Yahoo President Jeff Mallett and a number of North American entrepreneurs and high-net worth individuals. Founded in 2012, Version One, which invests up to $500,000 in seed and Series A financings of Internet, e-commerce, SaaS and mobile companies, has done close to a dozen deals so far, including recently announced financings of GroupTalent Inc. and Jobber Inc.

Vancouver and Montréal, February 21, 2013 – Boris Wertz, successful Internet entrepreneur turned tech investor, and Business Development Bank of Canada (BDC) Venture Capital, Canada’s largest institutional venture capital investor, are announcing today the final close at $19 million in committed capital of Version One Ventures, the new micro venture capital fund in which they are the lead investors. When the first closing took place last July, Version One had gathered close to $10 million and was aiming for $15 million. In the end, this target was surpassed by $4 million, or about 25%. Vancouver’s Jeff Mallett (former president of Yahoo) is also taking part, as well as other successful American and Canadian Internet entrepreneurs and high-net worth individuals.

Boris Wertz, who is directly managing the fund, says that the success of Version One shows that its investment thesis is fundamentally strong. “It’s fairly simple: we’re looking for passionate entrepreneurs who are trying to solve a big problem with a strong product vision,” he explained.

Version One Ventures was born out of Wertz’s personal angel investing projects. The fund’s typical investments will be in the $250,000 to $500,000 range for seed and Series A financings of consumer Internet, e-commerce, SaaS and mobile companies in Canada and the US. Version One plans to invest in at least 25 new startups over the next 4 to 5 years and aims to become one of the top ten IT seed funds in North America.

INVESTORS VITAL TO THE ECOSYSTEM

“Investors who are knowledgeable and involved in their companies are as vital to a healthy startup ecosystem as the entrepreneurs themselves,” said Senia Rapisarda, Vice President of Strategic Investments and Initiatives, BDC Venture Capital. “We are now making it our business to help successful “super angels” such as Boris Wertz, who possess a unique combination of operational and venture investment experience, to bring their investment activities to the next level. This is part of a strategy to help emerging Canadian GPs and to bring new investment models into the Canadian venture capital ecosystem.”

Since beginning operations last year, Version One Ventures has made 11 investments totalling more than $2.5 million across 3 different areas: e-commerce (Frank & Oak, Julep, Instacanvas), SaaS (Jobber, Top Hat Monocle), and marketplaces (tindie, GroupTalent, Clarity) – with a fairly equal allocation across these sectors, as well as between B2C- and B2B-type companies. Canada and the US are also equally represented, with startups in Vancouver, Edmonton, Toronto and Montreal, and in the San Francisco Bay area, Portland, Seattle, Los Angeles and New York.

About Venture One Ventures

Version One Ventures is an early-stage fund investing in outstanding consumer internet, SaaS and mobile entrepreneurs throughout North-America. Read more at versiononeventures.com.