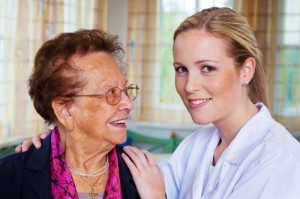 Shareholders of Montréal-based Victhom Human Bionics Inc. have approved the company’s sale to Ergoresearch Ltd., a medical devices company located in Laval, Québec. The transaction is valued at $4.1 million. Victhom, which focuses on innovative products in the field of orthotics and prosthetics, was backed since 2002 by such Canadian venture capital firms as Fondation (CSN) and Fonds de solidarité des travailleurs du Québec (FTQ).

MONTREAL, April 23, 2013 /CNW Telbec/ – Victhom Human Bionics Inc. (TSXV:VHB.V – News) (“Victhom”) is pleased to announce that its shareholders have approved the sale of all of the outstanding securities of Victhom to Ergoresearch Inc. (the “Purchaser”), a direct wholly-owned subsidiary of Ergoresearch Ltd. (TSXV:ERG.V – News) (“Ergoresearch”), pursuant to a plan of arrangement (the “Plan of Arrangement”). On March 14, 2013, Victhom and Ergoresearch jointly announced that they had entered into an arrangement agreement with the Purchaser (the “Arrangement”) pursuant to which Victhom will ultimately be acquired and taken private by the Purchaser and current shareholders of Victhom will receive an all-cash consideration for their outstanding common shares and Series A preferred shares of Victhom.

Victhom’s Board of directors had unanimously recommended that the holders of Victhom common shares and Series A preferred shares vote in favour of the Plan of Arrangement. The Board of directors had received an opinion from Bloom Burton & Co. that the consideration to be received by all the shareholders under the Arrangement is fair from a financial point of view. The Arrangement is a business combination subject to Regulation 61-101 on the “Protection of Minority Securityholders in Special Transactions” that is exempt from the formal valuation requirement thereunder given that Victhom’s common shares are listed on the TSX-V.

Victhom’s application to the Québec Superior Court of Justice to obtain the final court order approving the Arrangement is scheduled for April 24, 2013. Assuming court approval is obtained and that all other conditions to the Arrangement are satisfied or waived, the Arrangement is expected to become effective on or about April 26, 2013. Victhom has applied to the TSX Venture Exchange Inc. for the delisting of the common shares of Victhom immediately following the approval of the court. The common shares of Victhom are expected to be delisted as of April 26, 2013.

This is not an invitation to purchase securities listed on TSX Venture Exchange. TMX Group and its affiliates do not endorse or recommend the referenced securities. Please seek professional advice to evaluate specific securities.

This press release contains forward-looking statements relating to the proposed acquisition of Victhom. Statements based on Ergoresearch’s, the Purchaser’s and Victhom’s management’s current expectations contain known and unknown inherent risks and uncertainties and no assurance can be given that potential future results or circumstances will be achieved or will occur. The reader should not place undue faith in forward-looking information. Management disclaims any intention or obligation to update or revise any forward-looking statements whether as a result of new information, future events or circumstances.

Victhom is a company which owns patents in the field of orthotics and prosthetics (“O&P”), including intellectual property used in the POWER KNEE, the world’s first and only motor-powered prosthesis for above-knee amputees, a product distributed under license agreement by Ossur, a global leader in the O&P market. The Company also has a royalty agreement related to the Neurostep® System and neuromodulation products in other indications (sleep apnea and epilepsy) using the Neurobionix technology platform under development by Neurostream Technologies, a General Partnership now owned by Otto Bock, a global leader in the O&P market.