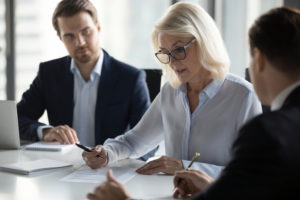 The tech-focused New York private equity firm “managed to secure a $2.5 billion loan from private lenders and bring in institutional investors as co-investors, according to a source familiar with the matter,” according to Reuters.

Avalara has “benefited from the digital transformation during the global pandemic, when more businesses are turning to software tools to automate their tax needs,” finds Reuters. “This year, its shares have taken a hit, as have many companies that previously prospered during the pandemic.”

I expect we’ll see more of these deals, as private equity firms take advantage of the drop in public valuations of tech companies to go shopping.

“In partnership with management and the founding family, we rapidly internationalized Bomi’s exceptional expertise in healthcare logistics and applied it to a wider range of sector services,” said ArchiMed managing partner André-Michel Ballester.

With offices in the US and Europe, ArchiMed invests in healthcare industries.

For more on the firm and the deal, read Nina’s story.

The firm agreed to sell its remaining 51 percent stake in US-based digital marketing company Trader Interactive to Carsales, on an enterprise valuation basis of $1.9 billion, according to reports. Eurazeo invested in Trader in 2017. The transaction represents a realized return of 3.1x for Eurazeo and its affiliates.

Aaron interviewed Vivianne Akriche, managing director at Eurazeo in the firm’s mid-to-large buyout strategy group, about why the firm saw potential in this asset and what was done during the hold period to make this a successful investment.

“We had identified this business before it came to the market because we were doing some work around the global shift of marketing spend from paper to digital,” she said. “Typically, online marketplaces, such as Trader, are the beneficiaries of this shift to digital.”

In January, Trader added Statistical Surveys, and then in February it added NextTruck, Rock & Dirt, Tradequip and Trade-A-Plane marketplaces from The Cosby Harrison Company.

“Two of them enabled the company to consolidate its market share in some of its verticals, which is a fundamental value proposition for marketplaces,” Akriche said. “The third acquisition was a data company that enabled us to provide even more value-add in terms of information for dealers.”

In the news. Cox Enterprises is acquiring venture capital-backed Axios Media for a reported $525 million.

Cox plans to scale and expand Axios “into more cities, covering more national topics and more premium niches for professionals.” The deal follows a previous investment by Cox in 2021 and is part of the company’s strategy to grow and diversify the company.

Launched in 2017, Axios is backed by Glade Brook Capital Partners, Greycroft, Lerer Hippeau and NBC News, according to Crunchbase. Co-founders Jim VandeHei, Mike Allen and Roy Schwartz will continue to hold substantial stakes in the company and will lead editorial and day-to-day business decisions.

Other media companies owned by Cox, which include The Atlanta Journal-Constitution, will not be affected by the acquisition, according to the company. The Axios communications software business, Axios HQ, will become an independent company majority-owned by the founders and will include Cox as sole minority investor.

If you’re a GP, take the survey here.

If you’re an LP, take the survey here.

And for ongoing coverage of young firms, check out the emerging managers page of Buyouts’website.

Recommended reading: For a provocative and insightful look at how complex relationships among private equity firms have evolved over the years, check out the Financial Times story, “The private equity club: how corporate raiders became teams of rivals.” The article opens with a fascinating glimpse behind the scenes of Hellman & Friedman and Permira’s $10.2 billion acquisition of business software giant Zendesk and the role Blackstone played in the deal, which was announced in June.

Spoiler alert: The deal was underpinned by $4 billion of debt financing from a group of would-be competitors led by Blackstone.

That’s all for now. I’ll be back with more tomorrow.