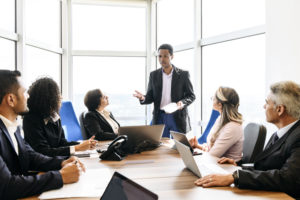 Today we’ve got a tech scoop and new developments on two types of businesses seeing a ton of attention from PE firms – managed service providers and sustainability-focused companies.

To begin with, Vista Equity-backed Mediaocean has agreed to acquire adtech provider Flashtalking from TA Associates, for more than $500 million, sources familiar with the deal told PE Hub.

The acquisition was made to help position Mediaocean for a sale as soon as it concludes consolidation of its product suite and integration of newly acquired companies, some of the sources said.

Flashtalking, based in London, is an international provider of a software platform for the creation and delivery of online advertising campaigns, including post-delivery analytics and reporting.

The transaction signed nearly a week ago, with JPMorgan as the sell-side advisor, is expected to be announced Tuesday morning, the people familiar said.

“The deal was introduced by Apollo’s European fund partners [and] the [sellers] gave us an exclusive look at it,” Marc Becker, co-lead of Impact and a senior partner told me, speaking from his Long Island, NY, home.

The dealmakers at the alternatives giant started looking at this opportunity five to six months ago. But Apollo is far from being the only one doubling up its efforts in the ESG space. Other firms like Blackstone have recently hired senior staff focused on sustainable investments and diversity, equity and inclusion. The firm last week also bought Chicago-based ESG software provider Sphera for $1.4 billion from Genstar Capital.

There’s ESG activity to be found in the lower-middle market as well. L2 Capital Partners last week announced its investment in Ecotone, an ecological restoration-focused company. The firm’s first investment made in 2011 was in an environmental coatings business called LSC Environmental Products that addressed soil stabilization issues.
Want to learn more about Apollo’s strategy with its debut impact investment? Read my story on PE Hub.

Clamoring for MSPs: Early this year, we highlighted how PE firms were aggressively going after managed-service providers. Since then, the demand for MSPs has seemingly kept up. Today, OceanSound Partners-backed Netrix announced its second acquisition of a managed IT services business unit. It bought the MSP unit of Strattam Capital-owned Contegix, a managed application solutions company.

A source close to the deal told PE Hub that the add-on was valued just over $50 million. Late last year, Chicago-based Netrix also announced the acquisition of the MSP business unit of Prosum, which was less than $10 million in enterprise value, according to the same sources.

“We have a couple of more LOIs [in the pipeline], the goal is to be very aggressive in closing on those companies,” said Ted Coons, partner at OceanSound.

Suporting the unprecendent demand for MSPs, LNC Partners yesterday announced its investment in Cantey Tech Consulting, a regional MSP based in Charleston, SC.
Cantey Tech Consulting has a business segment called Cantey EDU, which is focused on providing IT support services to the education market. The Cantey Tech unit provides managed IT services to small and mid-sized businesses in the southeast of US.

That’s it for me! Hit me up with tips n’ gossip, feedback or comments at karishma.v@peimedia.com or find me on LinkedIn.

DEADLINE APPROACHING: Calling all next-gen firms and their investors! We need your participation in our fifth-annual survey of emerging managers and survey of emerging manager investors. As thanks, we’ll make sure you get a complimentary copy of the “Emerging Manager Report 2021,” based on these surveys (once it’s published this fall). All responses are kept confidential. The survey deadline is July 16.