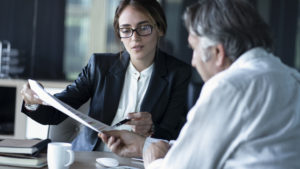 Good morning, Hubsters. MK Flynn and Kirk Falconer here with the Wire on a deal-packed morning.

Vistria, founded by Kip Kirkpatrick and Marty Nesbitt, spent about a year searching for a partner in the wealth management space, while at the same time TMG was looking to join forces with a PE firm, a spokesperson for the firms told me. “The two firms developed a rapport and announced a recapitalization today – and they happen to be located a few blocks from one another in downtown Chicago,” she said.

Founded in 2011 by Stewart Mather, TMG offers a range of in-house services, including financial planning, tax advice and preparation, portfolio management, concentrated stock management, risk assessment and estate planning guidance.
Since January 2020, TMG has completed 10 acquisitions and currently has more than 140 advisors and staff around the country. The firm scaled its AUM from $1bn to $8bn during the past five years.

Vistria is backing TMG CEO Chris Behrens and the current leadership team to continue expanding into new geographies and services. The investment from Vistria is expected to provide TMG with a capital structure to continue growing both organically and through M&A.

Return to fitness: Nasdaq-listed fitness company Tivity Health said it agreed to be taken private by Stone Point Capital. The deal is a big one: shareholders of Tivity will receive $32.50 in cash per share, for a total transaction value of $2 billion.
It comes as private equity is showing a renewed interest in the fitness industry.

Over the past two years, covid-era strictures made investing in gym chains a dicey proposition. Investors who had such assets in their portfolios when the virus hit had a hard time keeping them afloat. 24 Hour Fitness, for example, acquired in 2014 by AEA Investors and Ontario Teachers’ Pension Plan, was among those that went bankrupt.

Part of Tivity’s appeal to Stone Point is the company’s SilverSneakers brand, which is well-suited to the times with its focus on digitally enabled home training tools. A fitness program, it is offered virtually and in-person to seniors and other people eligible for Medicare. By leveraging SilverSneakers, Stone Point CEO Chuck Davis said Tivity can capitalize on “attractive secular tailwinds.”

RedBird invested in Main Event in 2020. It acquired a more than 24 percent preferred interest from Ardent Leisure for $80 million, with the option to later increase the stake to 51 percent. The deal awarded Main Event with an implied enterprise value of $424 million.

Long private equity-owned, Neiman Marcus was flying high when it was bought in 2013 by Ares Management and CPP Investments for $6 billion. It soon came under pressure from e-commerce competitors like Amazon and eventually lost its footing when covid forced store closures. Laden with debt, the business declared bankruptcy, but re-emerged later the same year.

Neiman Marcus has since benefited from revived high-end consumer sales. The new deal will bring together the e-commerce platform capabilities of Farfetch and Neiman Marcus, giving the latter’s brands more reach into global markets.

Cybersecurity resilience. Meanwhile, it’s been a busy week over at KKR. After yesterday’s announcement about the firm’s participation in the launch of Ownership Works, today we bring you the news that the private equity giant has made a new hire into Capstone – its value creation team – to focus on strengthening cybersecurity resilience in its portfolio. The move has implications both for deal sourcing as well as management of acquired companies.

Paul Harragan joined the firm in March as global cybersecurity lead for the firm’s portfolio companies, Private Equity International’s Carmela Mendoza reports. Harragan was previously associate partner for cybersecurity, strategy and transactions at EY-Parthenon. He’ll be based in the firm’s London office and will be a “critical resource for the firm in deal diligence and in monitoring its portfolio companies,” according to Mattia Caprioli, KKR’s co-head of European private equity.

The cyber team build-out has been a long-term strategic priority for the firm, but it also comes as the Securities and Exchange Commission steps up efforts to look into the cybersecurity policies and procedures of funds and advisers. The regulator unveiled proposals in February which include detailed requirements on user access controls, disclosing cybersecurity risks and incidents, and recordkeeping, among others. Read more coverage by Private Funds CFO.

That’s it for today. Chris will write tomorrow’s Wire.