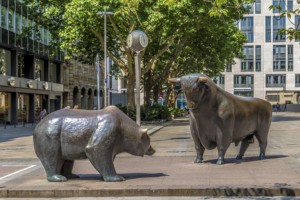 Institutional investors say they’re concerned that sponsors are applying too much leverage to companies, and many also believe exit conditions will deteriorate in the next two years. Nevertheless, a healthy percentage plan to raise their target allocation to private equity over the next year.

According to the latest edition of Global Private Equity Barometer, a survey-based report published twice a year by secondary firm Coller Capital, nearly one in four institutional investors (23 percent) believes “GPs are using too much leverage” while another 54 percent say “there are signficant numbers of both cautious and reckless GPs.” Their answers to two related questions also suggest a wariness that the market may be peaking.

Nearly two in five (38 percent) investors predict a “major economic downturn” to occur within the next three years, while another 48 percent predicts one to occur in the next five years, according to the survey report. Meantime, more than two-thirds (69 percent) believe the “exit environment will deteriorate significantly within the next 24 months.”

So, investors must be pulling back the reins on their high-risk private equity portfolios, right? Actually, just the opposite. Nearly two in five (39 percent) of respondents plan to increase their target allocations to private equity over the next year, while just 7 percent plan to reduce them. Real estate is also popular, with 33 percent of respondents planning to increase their target allocations to the asset class and just 12 percent planning to lower them.

Luca Salvato, partner at Coller Capital, said that on a scale of one to 10, with 10 most optimistic, he’d rate LP optimism for the asset class at about a seven or eight today based on the latest survey results. That optimism, he said, promises to translate into a “healthy fundraising environment” in the near term. That said, he noted that optimism hit a 10 in his view around 2006—a year before a peak in fundraising by U.S. sponsors and just a couple of years before the financial crisis hit.

While high on private equity, many investors have soured on hedge funds. More than a third (34 percent) plan to reduce their target allocations to hedge funds in the next 12 months, while just 14 percent plan to increase them. Nearly two-thirds (64 percent) expect large investors to review their hedge fund allocations in light of the recent decision by California Public Employees’ Retirement System to pull the plug on its hedge fund portfolio entirely.

All told 114 limited partners participated in the latest Barometer survey, conducted in the second half of this year—41 percent from Europe, 39 percent from North America and 20 percent from Asia-Pacific. Banks and asset managers made up nearly a third of respondents (29 percent), followed by insurance companies (16 percent), public pensions (13 percent) and endowments and foundations (11 percent).

Other findings from the latest survey:

* While about a third (32 percent) of institutional investors say that direct investments account for 10 percent to 24 percent of their private equity portfolios, more than two in five (41 percent) say they expect that to be the case in five years.

* Nearly two-thirds (65 percent) of respondents say that over the next three to five years they expect buy-and-builds to outperform other buyout investments.