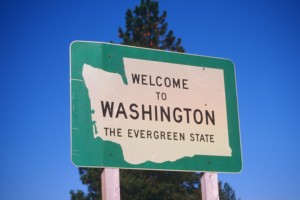 The Washington State Investment Board, one of the most active private equity limited partners in the industry, is dialing back its allocation target to the asset class.

The allocation changes are not yet finalized, according to a spokesperson for the system. The board still has to approve a policy change to put the changes into effect..

The investment board is not “backing away” from private equity, the spokesperson said. Instead, the board decided to lower the long-term target to better focus the fund on “quality” opportunities in the market.

“The size of the private equity portfolio continues to grow in terms of capital being put to work every year as the investment portfolio grows,” the spokesperson said. “The reduction in the long-term target brings the private equity target in line with its actual current allocation. The purpose of the reduction is to make sure we maintain the quality of the program as its absolute size continues to grow over time.”

As of June 30,  the market value of the fund’s private equity portfolio was $16.1 billion, according to information from the pension system.

Washington State’s move to shrink its target to private equity breaks from the trend of LPs increasing target to the asset class. According to Coller Capital’s Global Private Equity Barometer – Summer 2013, about 25 percent of the 140 LP respondents planned to increase their target allocations to private equity, compared to 14 percent who said they were reducing their targets.

Meanwhile, the investment board earlier this month approved up to $700 million in several commitments, all subject to further negotiations on terms and conditions.

The board approved a commitment of $100 million to CPF VI Oil and Gas Coinvestment Fund, which is being raised by Denham Capital. The fund will invest alongside the $3 billion Denham Commodity Partners Fund VI in oil and gas deals done after June 2013. The system is an LP in Fund VI as well.

Washington State committed a massive $350 million to GTCR Fund XI, a middle-market fund targeting $3.25 billion. The system is a long-time LP with GTCR, having committed to five prior funds.

The system also committed $150 million to GI Partners Fund IV, targeting $1.5 billion, and up to $100 million in Lime Rock Resources Fund III-A, a $750 million fund that will invest in low-cost, conventional, producing oil and gas fields in the US.