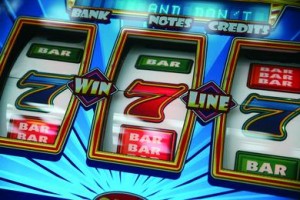 Löwen is headquartered in Bingen in Southern Germany, and is the second largest company of its kind in the country, operating 215 arcades and generated revenues of more than €85m in 2007.

Waterland, which is based in Bussum, North Holland, with offices in Belgium and Germany, acquired Löwen in autumn 2006 and embarked upon a buy & build strategy. The purchase was made via the Waterland Private Equity Fund III, which closed in April 2006 raising €400m.

Jörg Dreisow, principal of Waterland, said: “The buy & build strategy that we implemented together with the management has been very successful and was enhanced by a favourable market development. We were able to acquire and integrate a significant number (more than 50) of new arcades and the economies of scale have proven to be significant.”

A hugely fragmented market, there are around 5,000 arcade amusement park operators in Germany, which own around 8,000 arcades with sales of around €3.2bn. The four largest providers account for approximately 9% of the market, and are also the only providers that operate more than 100 arcades each.

Christof Naményi, AXA Private Equity managing director, said: “There are opportunities for consolidation in the German and European amusement arcade market. We believe that Löwen Play can continue to grow even in difficult economic times as it has done in the past.”

With the sale of Löwen, Waterland now has three German companies in its portfolio: arxes and sds, both business IT support companies; and Healthco, a gym and fitness brand. The firm has a total of €625m of funds under management.

For AXA, this is the second acquisition the captive has made in Europe in 2008, the first coming through Idroma, an Italian company that operates in the industrial automation and exhaust components sector.

More recently, but outside of Europe, AXA PE acquired the active ingredients and specialty chemicals division of Quebec-based Atrium Innovations in a US$155m LBO.