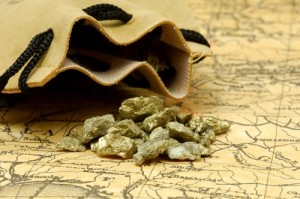 Denver, Colorado-based gold producer Newmont Mining Corp (NYSE:NEM), has agreed to sell the company’s Midas underground mine operation in Nevada to Canadian private equity firm Waterton Global Resource Management. The financial terms of the transaction were not published. The Toronto-based Waterton, which was recently reported by peHUB as having already raised US$300 million for its second US$750 million mining and metals fund, bought Nevada’s Hollister gold mine and the Esmeralda Mill from Great Basin Gold Ltd. in June.

Proposed transaction subject to completion of acquisition agreement and other terms

Newmont Mining Corporation (NYSE:NEM) (“Newmont” or “the Company”) today announced the signing of a Letter of Intent (“LOI”) to sell Newmont’s Midas operation in Nevada to Waterton Global Resource Management, Inc. (“Waterton”). The proposed transaction is subject to customary closing conditions, including execution and delivery of an acquisition agreement, completion of confirmatory due diligence and receipt of all required regulatory and third party approvals.

“Consistent with our strategy to deliver value to our shareholders and strengthen our portfolio by divesting non-core assets, we are working with Waterton to explore the sale of our Midas operation in Nevada,” said Randy Engel, Executive Vice President, Strategic Development of Newmont. “Waterton has established a presence in Nevada and is well positioned to enable Midas’s success over the long term by using its processing, and other assets, to support Waterton’s operations in Nevada.”

Mr. Isser Elishis, Managing Partner and Chief Investment Officer of Waterton stated, “We are very excited to be working with Newmont to develop the full potential of both the Midas and Hollister operations. The completion of our acquisition of the Midas Operation will add another high-quality gold mining operation to our portfolio of North American operations.”

The parties have agreed that the LOI will terminate on October 14, 2013, unless extended by mutual agreement of both parties, or earlier superseded by the acquisition agreement. There can be no assurance that the proposed transaction will be completed.

Founded in 1921 and publicly traded since 1925, Newmont is a leading producer of gold and copper. Headquartered in Colorado, the Company has approximately 40,000 employees and contractors, with the majority working at managed operations in the United States, Australia, New Zealand, Peru, Indonesia and Ghana. Newmont is the only gold company listed in the S&P 500 index and in 2007 became the first gold company selected to be part of the Dow Jones Sustainability World Index. Newmont is an industry leader in value creation, supported by its leading technical, environmental, and health and safety performance.

The Midas underground mine is located in north central Nevada, between Elko and Reno. Newmont acquired Midas through its merger with Normandy. The mine currently employs approximately 200 people.