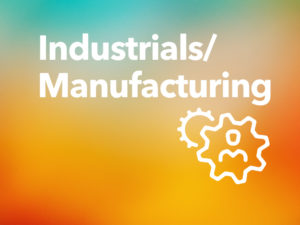 Canadian mining private equity firm Waterton Global Resource Management has agreed to increase its stake in Hudbay Minerals to up to 19.99 percent from 15 percent. Waterton and Hudbay also agreed to the nomination of new directors independent of Waterton and the company. Based in Toronto, Hudbay Minerals is a diversified mining company.

TORONTO, March 16, 2020 (GLOBE NEWSWIRE) — Hudbay Minerals Inc. (“Hudbay” or the “Company”) (TSX, NYSE: HBM) and Waterton Global Resource Management, Inc. (“Waterton”), today announced they have agreed to amend certain of the standstill provisions of the settlement agreement dated May 3, 2019 that resulted in the nomination of new directors independent of Waterton and, at the time, the Company. The parties have agreed to increase the number of Company shares that may be acquired by Waterton from 15.0% to up to 19.99% during the standstill period. The parties also have agreed to amend certain provisions of the standstill and to extend the standstill period for six months if Waterton acquires beneficial ownership in excess of 16% of the Company’s shares prior to the original termination date, with an automatic extension of a further six months if Waterton’s beneficial ownership interest exceeds 17.5% of the Company’s shares prior to the expiry of such initial six-month extension period.

“We are pleased to have amended these terms of our agreement with Waterton, which further demonstrates their support for Hudbay as a leading independent shareholder,” said Stephen Lang, Hudbay’s Chair of the Board of Directors.

A copy of the amending agreement will be available under Hudbay’s profile on SEDAR.

About Hudbay
Hudbay (TSX, NYSE: HBM) is a diversified mining company primarily producing copper concentrate (containing copper, gold and silver) and zinc metal. Directly and through its subsidiaries, Hudbay owns three polymetallic mines, four ore concentrators and a zinc production facility in northern Manitoba and Saskatchewan (Canada) and Cusco (Peru), and copper projects in Arizona and Nevada (United States). The company’s growth strategy is focused on the exploration, development, operation and optimization of properties it already controls, as well as other mineral assets it may acquire that fit its strategic criteria. Hudbay’s vision is to be a responsible, top-tier operator of long-life, low-cost mines in the Americas. Hudbay’s mission is to create sustainable value through the acquisition, development and operation of high-quality, long-life deposits with exploration potential in jurisdictions that support responsible mining, and to see the regions and communities in which the company operates benefit from its presence. The company is governed by the Canada Business Corporations Act and its shares are listed under the symbol “HBM” on the Toronto Stock Exchange, New York Stock Exchange and Bolsa de Valores de Lima. Further information about Hudbay can be found on www.hudbay.com.