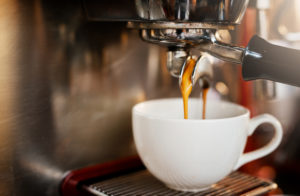 Starting from scratch: Waud Capital Partners has set out to build a new technology-enabled healthcare services and staffing company by teaming up with Bales Nelson and Allen Dye – two longtime healthcare executives, most recently of CenseoHealth.

“The healthcare market is slow to adopt technology and embrace technology, and this [healthcare staffing] is one example of that,” Waud Partner Chris Graber told PE Hub. In light of the pandemic, “those organizations that have invested in the technology backbone are able to deliver services better, faster, more efficiently – and are able to grow disproportionately.”

Nelson and Dye most recently worked together at CenseoHealth, helping transform and grow the tech-enabled health risk assessments business more than two-fold before an eventual exit in December 2017. CenseoHealth ultimately merged with Advance Health as the pair of businesses were jointly recapitalized by New Mountain Capital. The combined company, Signify Health, went public this year with a market capitalization north of $7 billion.

“Technology is ripe with opportunity to utilize some of the things we did at Censeo to scale, and subsequently at Signify,” said Dye, who was chief operating officer, head of business development and, ultimately, chief growth officer at CenseoHealth.

The Chicago-based private equity firm has committed $100 million of initial equity capital to support the initiative, although it has a flexible mandate. Read my full report on PE Hub.

Sounding the SPAC alarm: John Coates, an acting director at the SEC, issued a lengthy statement on Thursday pointing to the many risks and legal liabilities associated with the unprecedented surge in special purpose acquisition companies. Various risks were sited – fees, conflicts, and sponsor compensation, from celebrity sponsorship and the potential for retail participation drawn by baseless hype, and the sheer amount of capital pouring into the SPACs.

Among other things, Coates pointed to the projections and other valuation material that is presented when private companies are trying to go public via the SPAC route – figures not commonly found in conventional IPO prospectuses.

“Participants and their advisors are used – and expect – to prepare and disclose projections in acquisitions, including de-SPACs. I fear, though, that participants may not have thought through all the legal implications of these statements under the circumstances of these transactions,” the statement said.

Coates, who said he is not pro- or anti-SPAC, later said: “If we do not treat the de-SPAC transaction as the ‘real IPO,’ our attention may be focused on the wrong place, and potentially problematic forward-looking information may be disseminated without appropriate safeguards.” Read Coates’ full statement here.

That’s all for me! Have a great weekend, everybody, and in the meantime, hit me up at springle@buyoutsinsider.com with any comments, deal tips or just to say hello!