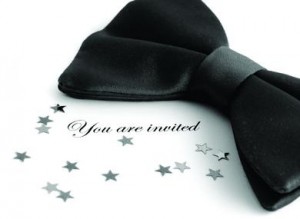 Large conferences have already been arranged using the service, such as LeWeb 3 in Paris and the Digital Lifestyle Day in Munich.

It lets users create a unique website for the event, enables them to manage fees from ticket sales, and is available in English, French, German and Spanish.

The company was founded in 2006, and the platform was launched on the German market in December the same year before expanding with local branches in Switzerland and France in September 2007.

The business and has won numerous awards including Top 50 startup in Germany by German national business magazine Wirtschaftswoche, TOP 100 Finalist 2007 and TOP 100 Winner 2008 by internet magazine Red Herring, and the Innovators’ Pitch of the federation of information economy, telecommunication and new media (BITKOM).

Wellington is hoping the company can cash in on the lucrative events market. Firm GP Eric Archambeau said: “In Europe and the U.S., thousands of events are organized each day with a total market volume of at least €50bn a year. As the first-mover, amiando has a huge opportunity to win a large share of this market, thanks to their technology and a professional management.”

The firm was joined by co-investor Adinvest. Adinvest is a Swiss VC that specialise in early stage investment, both in the US and in Europe. In the US its focus is on life sciences, but in Europe it concentrates on backing young companies in the internet and e-commerce space. Other Adinvest companies include Adconion, a Munich-based internet advertising network which recently raised the largest venture investment for a European online media company in history, closing its Series C round on €53.4m (see EVCJ April 2008).

Amiando will use the money raised to accelerate its international expansion, to increase its Munich-based team, which currently numbers 25, and to add further features to its platform

“We are already a first-mover for do-it-yourself ticketing”, said co-founder and CEO Felix Haas. “In the next months, we will enlarge our competitive edge and make it even easier to organize and to promote any kind of events, parties as well as conferences or corporate events.”

Haas came up with the idea for amiando with Markus Eichinger – both studied engineering at TU Munich, with Haas spending time in Silicon Valley, and Eichinger at Cambridge University in the UK.