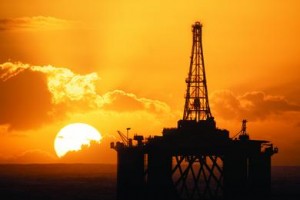 French LBO giant Wendel has completed the biggest European exit of the year through the sale of the oil and gas activities of Oranje-Nassau in a €630m deal.

It represents a good start for new Wendel chairman Frédéric Lemoine, who took over from Jean-Bernard Lafonta in March. According to sources close to the firm, the deal was in motion before Lafonta resigned, but Lemoine was a key factor in getting the deal done.

Lemoine said: “I proposed this transaction because it crystallises a good value creation for activities developed by Wendel and Oranje-Nassau over the last 20 years. In light of maturing assets in North Sea oil fields, we had the choice to massively invest to upscale the business internationally or to take advantage of a very attractive proposition. This transaction is perfectly in line with our investment strategy and increases financial headrooms for Wendel”.

Oranje-Nassau Energie (ONE) has assets in the British and Dutch North Sea as well as Gabon, and the sale price was based on the long-term price of oil at US$70 a barrel. Following the repayment of €125m of debt, Oranje-Nassau Groep will realise a capital gain of almost €350m, with the net proceeds for Wendel to be around €505m.

Following the divestment of ONE, the Group will still hold Deutsch, Stahl, Stallergenes, Materis and AVR.

It’s a bright spot of good news for Wendel in an otherwise gloomy period for the firm. In October last year ratings agency Standard & Poor’s relegated its rating on the French private equity group to ‘junk’ status, and more recently, in May, it warned investors it could make a full-year loss despite the sale of ONE and a portion of its interest in French inspection agency Bureau Veritas.