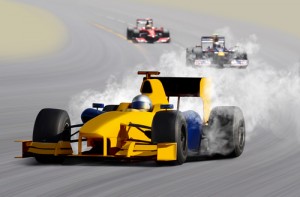 It’s that time of year again. The phone isn’t ringing, my email is relatively empty and PE execs seem to be disappearing.

That’s right; we’re going into a long holiday weekend. With that in mind, I thought I’d find out what everyone is doing. Lest you forget, peHUB has often tried to figure out what PE execs do when they’re not working on deals. Do they jet to glamorous places, like Monaco or the Hamptons, and drink martini’s poolside? Are they spending the weekend dealmaking? Or, are they like the rest of us mere mortals and planning to hang out with the family?

The answer is it’s a mix. Many execs are attending graduations, some are golfing while others are traveling to Napa or to summer homes, so they can cookout and get away from civilization. Surprisingly, only a handful of buyout pros who responded to peHUB say they plan to work this Memorial Day weekend. They have deals that are closing, which is good for everyone, so we’re not complaining.

One exec says he plans to coach soccer and baseball, and then attend a Memorial Day picnic. “The last thing I want to do is travel,” the exec says. Another buyout pro plans to go to his wife’s 20th college reunion and then a wedding for an associate. He expects to top off the weekend with a Memorial Day cookout with family and friends.

Stewart Kohl, co-CEO of The Riverside Co., will be attending his own 35 year reunion at Oberlin College. He plans to catch up with old friends and see “what became of all of the women who rejected me over those four years,” he says with a laugh.

He will also be speaking on a panel about what it’s like to run a PE firm alongside his classmate and co-CEO Béla Szigethy. If beer or wine is served, Stewart says he plans to imbibe but just modestly. He also hopes to take a nostalgic bike ride around Oberlin.

The most romantic getaway goes to this PE exec. He’s heading to Rome to celebrate his anniversary with his wife. The trip is a “reward for all her patience,” the exec says.

Another buyout exec, who grew up playing basketball and baseball, lamented the cultural divide that exists between him and his son. The exec is heading to the lacrosse Final Four at Gillette Stadium in Foxborough, Mass. “Which shows how far my kids are from my roots,” the person says.

The most intense pursuit this weekend? One PE pro will be racing cars in Monticello, N.Y. Several high-powered execs race cars, the source says, but he wouldn’t name names. Motorsports are not for everyone, he says. Many people like the idea of racing cars until they actually do it. “It’s terribly expensive, it’s uncomfortable and you can get really hurt. Some people get car sick,” the source says. “You have to like the adrenaline.”

Racing cars, for this exec, is just a hobby right now, “but in a few years I’d like to do Daytona,” he says.