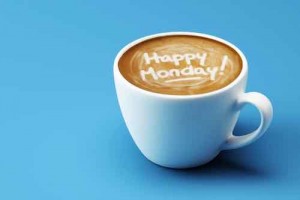 Kicking off the week, we’ve got a Q&A with one of EQT’s senior healthcare leaders, plus more on the several billion sale of private equity-backed Blue Yonder, and its implications.

Late breaking: This just in…Tech specialist Thoma Bravo has agreed to acquire Proofpoint in a deal valuing the Software-as-a-Service cybersecurity and compliance company at $12.3 billion. The deal, at a 34 percent premium over Friday’s closing share price, marks the largest software take-private by a financial sponsor in history. The agreement includes a 45-day “go-shop” period that expires June 9, 2021, which allows the Board and its advisers to consider other bids.

Change of plans: Panasonic on Friday said it would acquire the remainder of Blue Yonder not already owned for $7.1 billion, buying stakes from New Mountain Capital and Blackstone. The transaction values the supply-chain software giant at $8.5 billion. Best known as a consumer electronics company, Panasonic took a 20 percent stake in Blue Yonder last year.

From a private equity perspective, Blue Yonder is an example of the risks that hang over large, complex GP-led transactions, writes secondaries scoopster Chris Witkowsky. Blue Yonder was part of one of the potentially largest GP-led secondaries deals in the market, run by New Mountain, and now that has come to an end after the largest asset in the process was picked off in a regular M&A transaction, Buyouts writes.

With assets live in the market, outside buyers occasionally swoop in and make better offers, upending months of work building consensus on the secondaries transaction.

It is possible New Mountain tries to structure a smaller secondaries deal with the remaining four assets, but that will require further negotiations, one of the sources said. Read more on Buyouts.

What do you think the likely exit scenario will be for these assets? Hit me up.
12 months later: Almost a year ago exactly, I caught up with EQT global co-head of healthcare Eric Liu, who told me then he was working seamlessly thanks to the Swiss firm’s big investments in technology pre-pandemic.

In my recent interview with Liu, the investor spoke on everything from the good that has come out of the pandemic for the broader healthcare sector to EQT’s unique corporate governance model, and why, unlike many firms, it strays from joint-control transactions.

Here’s a quick preview: What have you learned from the deals you’ve won and lost?

“Although private equity firms spend a lot of time doing analysis and determining the right price to pay for assets, small changes in value rarely change the outcome. Good companies are generally better than you think and bad companies are usually worse.

For deals that end up being good, if you had paid 5 percent or 10 percent more, it usually still would have been a good deal. For the bad deals, you could have paid 25 percent less, and it would usually still be a bad deal.”
Read my full Q&A with Liu on PE Hub.

That’s it for me! Have a great week, and as always, hit me up at springle@buyoutsinsider.com with your comments, tips and anything else!