PE Hub
Home Opinion What Exit? Over 4,000 Portfolio Companies Are the “Other” Private Equity Overhang
Return to search
Scoops & Analysis 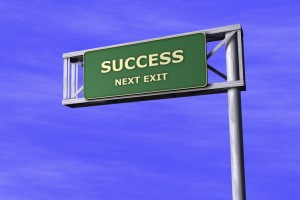 I once overheard two guys from New Jersey meet at a bar in Tokyo. One said to the other: “Hey, you’re from Jersey! What exit?” Ever since, whenever I meet anyone from the Garden State, I ask: “What exit?” This simple question has engendered an astonishing amount of goodwill over the years, except from one guy who sheepishly looked at his feet and said: “I’m from Camden … We don’t have an exit.”

Private equity sponsors also need to ask “what exit?” these days, with an estimated 4,000 or more companies in their portfolios. Some have taken to calling the scenario the “portfolio company overhang.” While the $400 billion private equity “capital overhang” has received much hopeful attention from deal makers, the “portfolio company overhang” could present a serious problem. Sponsors do not want to be without an exit, like the guy from Camden.

Many have their eye on undeployed capital, but it makes little sense for sponsors to load up on more investments when they can’t exit their current ones. “Sponsors’ track records in successfully exiting investments are a major factor in fundraising,” said Ryan Guthrie, partner in the Transactions Advisory Services and Private Equity practices at BDO. “If sponsors cannot exit previous investments and provide returns, they will find it much more difficult to raise subsequent funds.” Guthrie also noted that uncertainty about future tax rates and the tax treatment of carried interest should encourage sponsors to seek alternative exits this year instead of waiting for economic conditions to improve, even if sponsors expect EBITDA multiples to increase.

“This is a world of ‘haves’ and ‘have-nots,’” said Guthrie. “There is a flight to quality. Strong exit candidates are seeing multiple-bid auctions, with strategic acquirers competing with private equity sponsors seeking secondary take outs. The ‘have-nots’ need to consider non-M&A alternatives.”

The “have” companies that are good candidates for traditional M&A are characterized by “steady return of growth and profitability, stability in margins, a good defendable market position, diversity in customer base, and good credit quality,” Guthrie said. Companies that do not show these strengths may still be candidates for alternative exits, including “emerging growth company” IPOs, dividend recapitalizations, bankruptcy recapitalizations and RIDEA partnerships.

Despite the Facebook fiasco and an often-choppy IPO market, an IPO may be a viable exit for middle-market companies. Recently, the JOBS Act created a new class of public companies called “emerging growth companies” to encourage IPOs from domestic and foreign private issuers with gross revenue of less than $1 billion. The status of emerging growth company minimizes regulatory requirements.

Many emerging growth companies continue to use this IPO fast-track, such as Trulia, an online real estate site backed by Accel Partners and Sequoia Capital, which filed confidentially as an emerging growth company at the end of last month. However, not all potential IPOs follow-through. For example, LegalZoom recently delayed its IPO, citing market conditions, while Fender withdrew its offer for the same reasons.

(Sponsors can also utilize IPO filings to pursue “dual track” exits, in which the portfolio company is put up for sale at the same time as the IPO is being pursued.)

For many sponsors, contributing more capital to an underwater investment seems like throwing good money after bad. But a savvy sponsor may be able to recapitalize a distressed portfolio company using the bankruptcy process — wiping out debt and unfavorable contracts and leases — all for a modest additional investment.

Sun Capital recently recapitalized Friendly’s, an ice cream parlor chain and Sun portfolio company, by submitting a credit bid to purchase the company out of bankruptcy in a “363 Sale”. Sun Capital assumed two roles with Friendly’s — “owner” and “creditor.” Prior to the Friendly’s bankruptcy, Sun loaned the chain $75 million in debtor-in-possession financing, which it then used to credit bid and purchase the company.  Although Sun Capital’s pre-bankruptcy equity was wiped out, it retained control of the company and could use the bankruptcy process to shed other debt and unfavorable contracts.

Sun Capital has a good record recapitalizing distressed portfolio companies as a debtor-in-possession lender. Recently, it successfully exited Fluid Routing Systems, which it had recapitalized in bankruptcy in 2009. Sun Capital was able to use an additional, minimal amount of capital to reinvigorate Fluid Routing so that a mere three years later it would net 7.5x its total invested capital. (Sun’s successful recap and exit from Fluid Routing are discussed in detail here.)

PE sponsors looking to monetize investments in healthcare operating companies may wish to consider partnering with REITs as an alternative to traditional exit strategies. Since RIDEA partnerships between REITs and healthcare facilities were authorized by the 2008 REIT Investment Diversification and Empowerment Act (RIDEA), REITs are beginning to partner with private equity-sponsored healthcare operating companies to achieve partial exits. Riordan, Lewis & Haden Equity Partners recently utilized a recapitalization of a healthcare operating company in which RLH achieved a return estimated to exceed 10 times its investment, while retaining a minority stake through management contracts to grow for a future exit.  This is such a viable and well-crafted exit that RLH received the “Spotlight Deal of the Year” award for by Association for Corporate Growth’s Orange County Chapter for its deal with Health Care REIT involving Silverado Senior Living.

Author’s note: Thank you to Katie Fernilius for her assistance with this article. My firm’s loss is Duke’s gain.