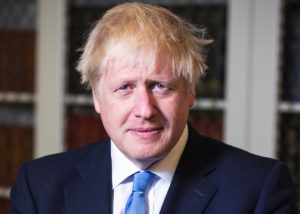 Good morning Hubsters, Craig McGlashan, PE Hub’s Europe editor here in London, where we’re all trying to read the tea leaves on what Prime Minister Boris Johnson’s resignation means for the economy in general and for private equity in particular.

So far there’s been little impact on stock market valuations, with the FTSE 100 and FTSE 250 regaining the losses they suffered yesterday as a flurry of Johnson’s ministers resigned.

If you have some thoughts on what this all means for PE deals in Europe, drop me a line: craig.m@peimedia.com

While the UK is having specific political problems, it’s sharing economic ones with the rest of the continent. Fears of recession – amplified by worries over access to energy given the continent’s reliance on Russian gas – have sent the euro to a 20-year low against the dollar.

But although the macroeconomic picture for Europe is far from perfect, some in the private equity sector are feeling bullish. In a sign of confidence, investment bank William Blair announced this week that it has added five senior hires to its team in Europe.

We asked Anu Sharma, head of European investment banking, if this means the firm expects private equity to grow in the region, despite all the background noise.

“The amount of dry powder in the European market focused on growth and innovation has increased significantly in recent years, in addition to corporate activity,” he told me. “Even with the current period of market volatility, the underlying drivers of M&A activity on both sides of the Atlantic remain compelling, even as we navigate a more complex environment across both public and private markets. We expect this resiliency to continue, and it drove William Blair’s addition of five senior investment bankers in Europe.”

For a bit more in-depth coverage on a technology deal, you can check out my interview with Gonzalo Fernandez-Albiñana, head of Ardian Buyout Spain, who talked me through the recent purchase of Spanish telco Aire Networks as well as the wider Spanish buyout market.

Companies such as Aire are benefitting from a drive by the European Union to help businesses digitize, he told me.

Another sector getting a lot of love in Europe right now is of course healthcare. PE Hub’s Nina Lindholm spoke to Mark Hersee, partner at BC Partners, about his firm’s recent entry into exclusive negotiations to buy natural consumer healthcare firm Havea, based in Boufféré, France, from 3i Group.

Healthcare deals are not new for BC Partners, which has invested in a range of sectors from hospitals and nursing homes to animal health and pharma, but Havea is a natural extension to the portfolio, according to Hersee. He added that BC had been missing a consumer healthcare asset. “Havea is our platform into this subsector of healthcare,” he said.

If you’ve got some thoughts on the European healthcare sector you’d like to share, please get in touch with Nina at nina.l@peimedia.com
In the US there’s also a steady stream of deals, including one announced yesterday that, like the Main Capital deal in Europe, had a human resources flavor.

Similarities on either side of the Atlantic are becoming more common.

“We’re seeing a growing convergence across sectors disrupting the market, as well as increasing convergence across geographies,” said William Blair’s Sharma. “Our US-based clients are engaging more actively in Europe through Europe-centric funds, platform acquisitions and take-privates, and meaningful add-ons to their portfolio companies. Conversely, we are also enabling a significant amount of activity from our European PE clients pursuing North American opportunities.”

That’s it from me – PE Hub’s Aaron Weitzman will be here tomorrow to take you through to the weekend. I’ll speak to you again next Thursday.