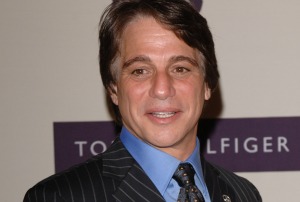 For five years, Oliver Gottschalg has been compiling, analyzing and evaluating in-depth data on LBO shops. Ever year, he cranks out a list of the top 25 private equity firms in the world, using factors including their cash-flow performance, cash-on-cash multiples of IRR, as well as a number of other metrics from a 13-year sampling space.

He spoke to peHUB about how he breaks out a list of what essentially amounts to PE’s global league table, common factors among top shops and how the way future funds are managed could shake up his list. Gottschalg is Strategy and Business Policy Professor at Hautes Études Commerciales de Paris.

So what does it take to reach the top?

“We’ve avoided two bubbles successfully,” said FFL co-founder Tully Friedman when peHUB caught up with him. “In a big year, we do three deals.”

That isn’t to say that after three deals wrap, Tully and the gang take it easy. FFL checks out as many as 700 prospective transactions, whittles them down to a few dozen, and on top of its larger transactions, also executes sometimes dozens of add-on acquisitions, he said. FFL has managed to increase both top-line income and profits at portfolio companies substantially, Friedman said.

Annually, the firm meets for a sector strategy review to talk new opportunities, he said.

PeHUB noted one factor common among the top five shops. In fact, a common trend among the top LBO shops Gottschalg reviewed is their lack of a ticker symbol.

Where there is causality, Gottschalg said, is among sector specialists. And it isn’t pretty.

“There is no sector that outperformed,” he said.

In fact, following the old axiom of avoiding situations with too much capital chasing too few deals could pay off for GPs. Gottschalg said that “sector allocation” is the wrong approach for PE firms.

For some PE firms, the story is already written—they just need to fill in the blanks. Many funds’ performance will be “determined by [your] ability to manage boom years’ investments,” Gottschalg told peHUB.

The survey is conducted using fund data on LBO shops that have raised at least two funds and $500 million over a ten-year period, and analyzed against Dow Jones’ performance data.

Check back with peHUB later this week, and we’ll have a slideshow posted covering Gottshalg’s rankings list in-depth.