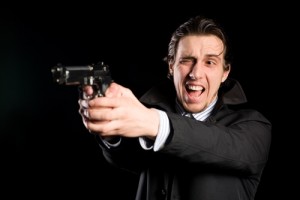 Longtime Kleiner Perkins partner Ellen Pao may have chosen an odd way to reveal to the world that she’s no longer working at the firm, taking to the social network Quora to announce, “I have been terminated from my job at KPCB. On Monday afternoon, senior management told me to clean out my office, leave, and not come back.”

From a financial, legal, and public relations’ standpoint, however, Kleiner may wind up the big loser in this latest chapter of its ongoing saga with Pao, who filed suit against the firm in May, claiming that she was serially harassed, discriminated against, and retaliated against over a five-year period. (Kleiner tried to move the case into arbitration in July; a judge has since decided not to allow that, and Kleiner is appealing his decision.)

Kleiner insists that no one was fired, saying in a statement: “Ms Pao’s Quora post is misleading. She remains an employee of the firm. Because of longstanding issues having no relationship or bearing on the litigation, Kleiner approached Ms. Pao to facilitate her transition, over an extended period of time, out of the firm. The proposed terms, that did not require Ms. Pao to waive any legal rights or claims, are generous, fair and intended to support Ms. Pao in a successful career transition.”

But Pao’s attorney, Alan Exelrod, has confirmed to Business Insider that Pao was “told to turn in her computer,” that “she’d have no further access to company documents,” and that Pao has “thirty days to transition off of her company boards.” And Exelrod is filing a a complaint with California’s Department of Fair Employment and Housing, as a “first step towards adding a claim of wrongful termination to the other charges [Pao has] leveled against the storied venture-capital firm,” says Business Insider.

It’s a pretty grim development for Kleiner, suggest employment attorneys, who observe that Pao probably has much stronger ammunition against the firm than she did last week.

Retaliation claims are “often more powerful and easier to prove than actual discrimination claims,” adds Gary Phelan, an employment law attorney at Cohen and Wolf in Westport, Connecticut. “And In a situation [like Kleiner’s] of wanting to transition a person out of a job, if that person doesn’t want to be transitioned, that’s called being fired.”

Kleiner’s handling of the Pao situation is not atypical, says Phelan. Though he notes that it’s rare for someone to continue on in a place of employment after they’ve filed suit against it, when the circumstance does arise, “inevitably, or at least, commonly, the person does end up being fired, with the employer saying it’s for some reason other than the lawsuit.”

In some cases, employers are well within their rights to terminate the person, too. “It’s important to recognize that merely because someone brings a claim [against their employer} that they aren’t immune to being fired,” notes Sellers. “They still have to comply with the rules and perform appropriately.”

Still, the burden of proof is on the employer to show what became intolerable about the employee’s performance. For example, if Pao has been showing up once a week, Kleiner will have a stronger case for easing her out the door. If she’s been coming in regularly and trying to do her job, proving she’s been performing worse than in the past could be difficult and costly for Kleiner. As says Sellers, it’s illegal to treat an employee differently because he or she has filed suit against you, and that means “not heightening scrutiny of an employee” in the wake of that action.

So why has Kleiner handled things as it has? The firm did not respond to specific questions, but Sellers says he assumes Kleiner has “thought about it and has a plan in mind about why their plan is justified.” One possibility, he reasons, is that Kleiner has “concluded that they had to remove her because there were more compelling priorities they were serving.”

But Kleiner might also be operating under the belief that if it continues to feature Pao at its site and offers her “generous, fair” proposed terms that it will be harder for her to prove retaliation. And if that’s the case, the firm may be in for a surprise.

“If someone is removed from their old job and told not to show up in the workplace but they continue to be paid, it doesn’t meant they can’t sue for retaliation, because the employer isn’t telling other people not to show up,” says Phelan. “It could limit damages around the employee’s potential loss of wages, but telling someone, ‘Don’t show up’ is still unlawful.”

Juries don’t like it much, either, says Phelan. “They get very angry when employees are retaliated against.”

Put another way, a court could ultimately determine that Pao wasn’t harassed or retaliated against with respect to her original lawsuit. But if she was fired because of it, she may wind up winning anyway.

Update: Kleiner’s attorney, Lynn Hermle of Orrick, Herrington & Sutcliffe, has just responded to questions regarding the newest wrinkle in the Pao story.

She writes, “Kleiner’s actions were not retaliatory. The firm informed Ellen Pao that it would be separating her employment as the result of longstanding, documented performance issues and not because of the litigation or because she is a woman. The firm was also generous and fair in its offer to help her transition her career in ways that are inconsistent with retaliatory conduct. They were willing to keep her on the payroll as an employee for 6 months and to vest in venture funds, and then pay her severance, all without asking her to release her pending legal claims which is entirely inconsistent with an intent to retaliate. Her lawyer may believe he has additional legal claims based on retaliation. Their view seems to be that even existing performance problems prohibit  an employer from  taking action once an employee has sued. We believe otherwise.”