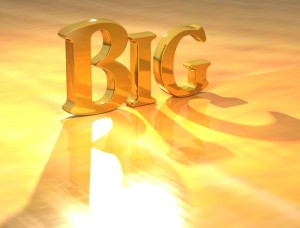 To say that public market investors are smitten with Linkedin is an understatement. Twenty months after its 2011 IPO, shares of the business networking giant are trading at $120, or almost three times its $45 opening day price. The company has a nearly $13 billion market cap.

Still, it’s very easy to argue that Linkedin’s valuation has grown too rich. Consider that in the first three quarters of last year, the company enjoyed net income of just $10.1 million on revenue of $668 million, with a jaw-dropping price-to-earnings ratio of 775. Maybe when Linkedin holds its fourth quarter earnings call two weeks from now, we’ll learn that the company reached a billion dollars in revenue last year, but even still, investors may (and should) grow restless given its profit margins.

Indeed, to keep the love coming from Wall Street, many insiders think that Linkedin needs to sew up a big deal, and fast.

Linkedin has won plaudits from analysts for the extraordinary way it’s managed its growth. Between March 2011 and September of last year, the company saw its sales figures climb across all three of its revenue streams, with its premium subscriptions, recruiter, and advertising businesses growing on a quarterly basis by 17 percent, 20 percent, and 15 percent, respectively.

To maintain such a torrid pace, Linkedin appears to recognize that it will have to look externally for growth, too.

Last May, the company made headlines when it splashed out $119 million in cash to acquire the presentation hosting service Slideshare, a noted departure from the micro-acquisitions it has historically made. Just two months later, it followed up the acquisition by hiring Sara Clemens as its VP of corporate development. (Clemens is well known as an M&A pro who has overseen strategy, corporate development and strategic partnerships for a number of Microsoft units, including the Xbox.)

Opinions are varied regarding Linkedin’s next moves. Rick Summer, a senior equity analyst at Morningstar, sees a day in which Linkedin looks “more like a software company, managing job candidates from their sourcing to managing the candidate inside the walls of a company.”

Summers sees a place for Linkedin between the recruitment services it currently provides and the sophisticated human resource offerings of enterprise software players like SAP, Workday and Oracle. In his view, SilkRoad, a 10-year-old, Chicago-based employee management software startup could be an example of this “niche of human capital management” that Linkedin might want to explore. Still, SilkRoad could be pricey, having raised $162 million from investors. And Lisa Rowan, a research vice president at the firm IDC, notes that the so-called talent management space is already fairly saturated, as well as that its market size is $2.5 billion, which likely isn’t big enough for Linkedin to bother chasing.

Rowan sees Linkedin as less of a social network and more of a software company, a vision shared by Sam Hamadeh, the founder of PrivCo, a private company research firm. Earlier in his career, Hamadeh cofounded a recruiting site called Vault.com, and he thinks Linkedin should consider buying publicly traded Monster.com, whose business is decelerating but is now widely considered undervalued; or the Chinese recruitment site ChinaHR, a company that Monster acquired in recent years and is now looking to shed as it tries shaping up its core business. Says Hamadeh, Linkedin’s future growth “has to come from much more complex tools that Linkedin just doesn’t have,” and Monster.com or ChinaHR could help it fill the hole.

Hamadeh even more strongly favors a tie-up with Viadeo, the world’s second biggest social network for professionals, and the dominant player in Europe, Latin America and China, where it operates a business network called Tianji. The company, which claims 50 million members, has already raised more than $52 million from investors. Yet it may be available for sale if Linkedin moves quickly, says Hamadeh.

Of course, the question-and-answer site Quora, which would presumably bring more engagement to Linkedin, is also frequently mentioned as a potential LinkedIn acquisition candidate. But as one investment banker who asked not to be named notes: “While Quora is an interesting target, I think it’s vastly overvalued in the [minds of its founders]; it would probably be too expensive” for Linkedin. (Quora has raised $61 million since its June 2009 founding. In 2011, it was rumored to have turned down a $1 billion acquisition offer.)

The banker thinks more interesting possibilities might include DemandBase, a company that produces B2B marketing software; and Bizo, a business advertising startup. He qualifies these suggestions by stating that while “they would be interesting ideas, I don’t know how focused Linkedin is on” targeted advertising. (Advertising currently represents about a quarter of the company’s revenue.)

Clearly, with no shortage of possible acquisition candidates, Linkedin has a lot of options. But time may be running out.

As Hamadeh puts it, “They’ve been public for nearly two years and will do just under a billion in revenue this year. They have to start justifying that PE. The market isn’t stupid.”