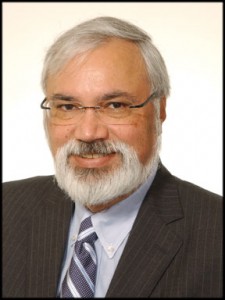 Zombie funds—old funds managed by sponsors who have failed to raise a follow-on vehicle—present a risk to LPs: that the resources to effectively manage fund portfolio companies will dwindle more quickly than the portfolio will. Though they are often a small amount of an LP’s portfolio as far as net asset value, it’s likely to be a larger percentage of the portfolio in terms of number of funds—and often require a much higher percentage of staff time and attention. Most often, the reason the fund manager hasn’t been able to raise a follow-on fund is that his portfolio has performed poorly or a number of senior professionals have spun out. The remaining portfolio companies often need strong oversight.

Every vintage year throws off zombie funds. The accompanying table takes a look at U.S. buyout funds in the 2000 through 2005 vintages as an example. The potential zombies on the chart are those that have not raised or are not in the market with a follow-on. Since most buyout funds have a five-year investment period, even with an investment period extension almost all of these funds should have run through their investment period.

Over this six-year period—which covered the bursting of the Internet Bubble, the beginning of the next cycle and the trough in between—the number of potential zombies hovered at just over 20 percent of funds raised. The amount of money that potential zombies raised was much more volatile, being much higher in the boom year of 2000 and the rising tide year of 2005.

And what about the immediate future? Funds raised at the market peak of 2006 through 2008 are just beginning to move into that period where investors really need to take their temperature. In the United States $400 billion was raised by over 330 buyout funds over those three years. If the averages from the beginning of the decade hold up, this could add over 70 more funds to the potential zombie list and over $50 billion in original capital raised.

One of the real difficulties in dealing with Zombie funds is knowing when you are facing one. The more time that passes after a fund manager does not have dry powder, the more obvious it becomes. Few general partners announce their own deaths. Many retain the hope that one of their portfolio companies may yet strike it rich and revive them. Though that may happen in terms of raw multiple, time is the enemy of IRR—and at some point sending IRR significantly higher becomes nearly impossible.

For LPs, the key issue is retention of the fund manager’s senior investment staff. As more key staff depart—especially those previously identified as “rising stars”—it becomes obvious that those with inside information are making a bet that greener pastures can be found, a trend that is more obvious when the fund manager has difficulty attracting quality replacements or loses the financial ability even to try.

There is another intuitive indicator that you may be facing a zombie: nearly half of the potential zombies in the chart were only able to raise one fund while another 30 percent were able to raise only two. Though more established managers do become zombies, more often it is emerging managers that have issues—and do not have a strong, established relationship with their LPs or a prior history of generating strong returns to get them over the hump.

Once an LP has determined that it is face to face with a zombie, perhaps the hardest question is what to do about it. Unless the decision is simply to sell the position in the secondary market, the biggest difficulty is that collective action is needed. Unlike the Frankenstein movies of the 1930s where the town officials easily gather the villagers to get the monster, gathering LPs together to take action is much more difficult. LPs may disagree that a fund is a zombie at all or they may have strategic reasons to hold on to a relationship even if it is a zombie.

Other LPs may simply lack the staff to properly analyze the problem, while for others the fund position may be such a small part of the portfolio that spending staff time on the issue does not make sense. Most LPAs require a super majority in interest to take steps like replacing the GP or forcing a portfolio wind-up, and if significant assets are still being held by the fund, creating incentives for the old GP or a new one to make sure the assets are properly managed is not simple. Getting agreement, especially among a large group of LPs, can be extremely difficult.

For all these reasons—the current scale of the problem, the likelihood of its increasing as the market peak funds mature and the difficulty of getting LPs to agree on collective action on a fund by fund basis—the walking dead are likely to continue to haunt us for the next few years.