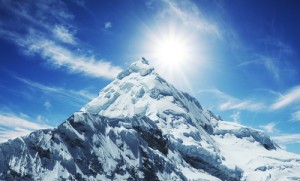 We’ve all seen the data showing that the first quarter middle market leverage loan volume was much less than everyone expected.

According to S&P LCD, volume in the first quarter was a mere $2.0 billion, or 59% below the first quarter of 2011 and relatively flat with the anemic level of the fourth quarter of 2011.  And when the data is tabulated for the second quarter, most industry pundits expect a similar trend with loan volume for the quarter to date at $2.1 billion vs. $4.7 billion in the second quarter of 2012.  And anecdotally, the lenders we talk to continually indicate that their deal pipeline is light.

So wouldn’t this suggest that yields on middle-market loans should be declining?

Unfortunately, like so many other economic events, once you dig a little deeper the logical answer turns out to be wrong.

Again, according to S&P, approximately 70% of middle-market loans are now provided by non-bank institutions.  This is an eye-opening statistic and demonstrates that, while banks shy away from the middle market due to their decreased appetite for risk and increased regulatory constraints, non-bank institutions such as BDCs, hedge funds and credit opportunity funds have recognized this dislocation and eagerly entered the market.

But while a bank’s cost of capital is tied to prevailing interest rates, these non-bank institutions have a different constituency to please, and, as a result, have limited ability to move loan interest rates down, even when volume falls.

For example, shares of BDCs are often determined not only by their net asset value, but also by their dividend yield.  If a BDC’s dividend rate falls much below 8%, investors often become disenchanted and switch to a higher paying BDC.  Similarly, managers of hedge funds and credit opportunity funds are battling against private equity funds and other fixed income mangers for capital and a sub 8-10% net yield may cost them dearly.  Of course most people would argue that the yields should be reflective of the risk these managers are taking.  But many investors don’t seem to be that discriminating and compare institutions based upon their yield, regardless of the risk.

So despite the lack of deal flow, these new types of non-bank lenders are forced to maintain yields at the current, if not higher, levels or risk losing the thing most precious to them – capital!!

Interestingly, these same non-bank lenders don’t have the same restraints on total leverage, so, while their hands are tied on yields, they don’t have the same restrictions on the amount of capital they lend to an individual company.  As a result, we’ve seen total leverage increase and equity, as a percent of total capitalization, decrease as lenders fight to win the few borrowings that are in the market.  We’ve also seen these lenders compete by offering improved terms such as limited, and in some instances no, prepayment penalty, no amortization and, believe it or not, covenant lite loans.

But changes may be on the horizon.  While it is clearly a borrower’s market today, most people expect a flurry of acquisition financing activity between now and the end of the year as owners hit the exits before the expected increase in capital gains taxes.  With the vast majority of loans today being provided by non-banks, this expected increase in loan demand could force increased loan competition and a better balance between lender and borrower.

The moral of the story:  hit the market now before things start to reverse.

Ron Kahn is a managing director at Lincoln International.