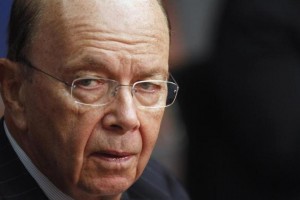 WL Ross & Co. said it has reimbursed investors in its fifth flagship fund after it “changed the methodology” of how it calculates certain fee offsets—a change some sources characterized as correcting a miscalculation.

“WL Ross was proactive in informing the LPs on this topic and of our commitment to recalculate prior offsets using the revised methodology,” said parent company Invesco in a prepared response to a series of questions.

Three sources, including one limited partner in the fund, were blunter in their assessment of the situation, explaining the firm had “miscalculated” deal fee offsets in Fund V. The sources declined to provide exact details, and Jeaneen Terrio, a spokeswoman for Invesco, declined to comment beyond the statement.

Most firms offer to share some percentage—usually 80 percent to 100 percent—of transaction, monitoring and related portfolio-company fees with LPs by offsetting management fees. The exact structure of the offsets in WLR Recovery Fund V LP is not clear.

It also is not clear how the offset issue first came up—whether it was discovered internally, by an LP, or through an SEC examination.

WL Ross used the fund’s auditor, as well as an outside auditor, to validate the reimbursement to LPs, according to the statement. The reimbursement was “immaterial,” the firm said. Two of the sources pegged the amount in the millions of dollars.

Fund V closed on a total of $2.2 billion in 2012, which consisted of about $640 million in commitments from investors, and the balance in separate accounts and committed co-investments, the firm said at the time. Fund V has been a strong performer, generating a 20.2 percent internal rate of return and a 1.46x investment multiple as of Sept. 30, 2014 for backer Oregon Public Employees Retirement Fund.

WL Ross was formed in 2000 out of Rothschild, Inc.’s bankruptcy and turnaround group, according to information from the Oregon Investment Council, which manages the Oregon retirement fund. Invesco acquired WL Ross & Co. in 2006.

Founder Wilbur Ross has long been considered a guru of distressed investing and has been a regular fixture on cable financial broadcasts.

Private equity fees and expenses have been under tight scrutiny by regulators since 2012, when most GPs were required to register with the SEC as part of the Dodd-Frank financial reform act.

The SEC has said that its first wave of private equity examinations uncovered widespread problems with the accounting of fees and expenses. The agency has reached settlements with several firms, including Lincolnshire Management, for various fee and expenses-related infractions.

The Wall Street Journal reported earlier this month that Kohlberg Kravis Roberts has reimbursed LPs in several of its buyout funds after regulators discovered the firm had overcharged them.

(Correction: WL Ross is a distressed debt and turnaround investment firm. It was incorrectly named on first reference in the original version of this article.)