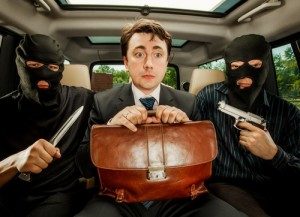 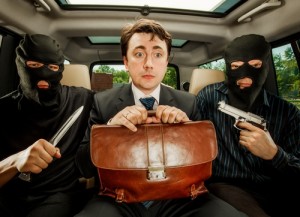 It doesn’t take long after an LBO or a strategic deal is announced these days before a herd of would-be Sol Goodmans emerge from the woodwork, shareholder class lawsuits in hand, demanding a higher price. Usually they’re just brushed off, occasionally quietly paid to settle, but it is rare that one of them successfully upends a deal.

But that’s just what lawyers for Southeastern Asset Management are trying to do as the shareholder fights the deal, Reuters reports. The activist investor is off to a good start. Dell’s largest independent shareholder has been joined by a growing chorus of investors looking to increase the PC maker’s LBO price into the $40 billion range.

That figure might be a moon shot, considering the company’s stock price and primary revenue streams. Michael Dell is trying to take his company private at a time when the entire desktop industry is treading hard to keep necks above the water line.

Consider this: In early 2012, the average cost of a PC laptop fell to just over five hundred bucks. That’s down significantly from 2008; with the rise of tablets the notebook certainly won’t be growing any more popular or any pricier.

As for Dell’s server business, it is outperforming the overall market, which is generating less revenue, and will likely continue to do so as cloud applications gain popularity with corporate clients.

Recently, strength in its enterprise solutions division has among scant highlights in Dell’s earnings reports. If enterprise clients truly are Dell’s future, the strategy that will come along with its LBO—that is, more closely partnering the company with Microsoft—is a valuable element of the take-private that Southeastern Asset Management has now put in limbo.

Steve Ballmer shouldn’t be greeted so much as a liberator than as a savior for public market investors in Dell. At least with Microsoft, the company has a big brand name to partner with and hopefully tamp down costs with as consumer products go from being the centerpiece of the holiday gifts to mere stocking stuffers.

However, the realities of the PC market aren’t governing this transaction. Between now and the Dell deal’s potential completion, another activist could emerge alongside Southeastern Asset Management and exact a higher price. The biggest problem Dell and Silver Lake have to contend with is the massive size of the founder’s stake in the company, which can’t be used to vote in favor of the LBO. Dell’s founder will have his hands tied at the time it matters most.

Southeastern Asset Management isn’t concerned with Dell’s go-shop provision; it is highly unlikely the company could find another buyer. Silver Lake couldn’t even turn up any PE players to take on the mega-deal. All activist Southeastern Asset Management wants is a better price—and for good reason. The long-term Dell investor is underwater at the current LBO price and stands to lose more than $800 million. Still, Michael Dell and his new business partners should make their very best pitch to shareholders soon and secure the deal before they find themselves up against an Icahn or an Ackman.