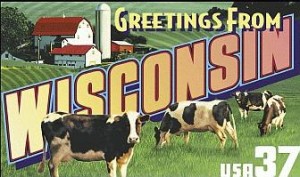 After a four-month search, the $83 billion State of Wisconsin Investment Board named Michael Williamson as its new executive director, sister magazine Buyouts reported today, calling the move the latest in a string of personnel changes at top pension systems, such as those in North Carolina and Connecticut.

Williamson is currently deputy director of the $4.5 billion District of Columbia Retirement Board in Washington, and will replace Keith Bozarth, who announced last October that he planned to retire from the Wisconsin pension system after serving as chief for five years.

Vicki Hearing, the Wisconsin pension’s public information officer, said Williamson will take over in June after a transition period.

Wisconsin has lately been a major investor in private equity, overseeing $13.6 billion in commitments and $5.5 billion in invested private equity capital. The state has a private equity target of 6 percent, but plans to raise that to 7 percent by 2015, according to recent documents.

Williamson is quite familiar with Madison and Wisconsin politics, having lived in the state capital for 15 years. There, he served as assistant to the chancellor of the University of Wisconsin, and as chief of staff for Madison’s mayor.

“I am very excited to be working for the public employees and employers of the state of Wisconsin and to be associated with an organization that has an outstanding national, and even international, reputation in the world of pension fund investments,” Williamson said in a statement.

Prior to his work in Washington D.C., Williamson was director of the $72 billion North Carolina pension system, where he worked for nine years.

That same fund had a major change of its own this month. Shawn Wischmeier, who served as chief investment officer for North Carolina’s Investment Management Division for less than two years, left the Tar Heel state to become chief investment officer of the $6 billion Margaret A. Cargill Philanthropies in Minnesota. He will be replaced on an interim basis by Bryan Lewis, the division’s chief administrative officer.

Finally, the $25 billion Connecticut Retirement Plans and Trust Funds saw the departure of Adrian Kingshott, the system’s private equity chief. Kingshott, who was hired in 2010, will be replaced on an interim basis by Gary Carter, the system’s interim deputy chief investment officer and Reginald Tucker, who oversees alternative investments for the system.

The role of private equity chief has been a revolving door at the Connecticut system. Kingshott’s predecessor, Jason Price, also served in the role for just a year, having joined in 2009.