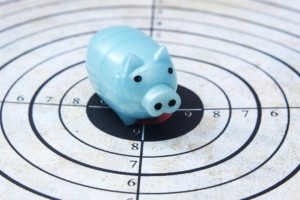 Wynnchurch Capital has been talking to limited partners about its next fund, which could hit the market in the next month or two with a potential target of up to $1 billion, according to two people who have heard the pitch.

One of the sources, a limited partner, had not yet seen any documents for Fund IV.

Wynnchurch, a mid-market private equity firm based in Rosemont, Illinois, closed its third fund on $603 million in 2011 after two years in fundraising. Wynnchurch Capital II closed on $350 million in 2006. Fund I raised $163 million in 2000, peHUB reported. Wynnchurch also manages a co-investment vehicle.

In total, the firm invested about $705.2 million in 41 platform investments from inception through Dec. 31, 2013, according to regulatory filings from the firm with the U.S. Securities and Exchange Commission.

Fund III was generating a 1.3x as of March 31, 2013, according to alternative investment data provider Bison. No performance information was available for Fund I or II.

Wynnchurch, which targets niche manufacturing and business services companies, is led by Hatherly and partners Frank Hayes and Terry Theodore. Earlier this year, the firm brought on Jude Thompson to its newly formed executive advisory board. Thompson was most recently president and co-chief executive officer of Papa John’s International Inc.

Wynnchurch established its executive advisory board in 2013 as a way to connect members of the board with portfolio company leadership to “share expertise in targeted industries, geographic markets and business disciplines,” according to Wynnchurch’s website.

The firm sold Android Industries in February to a consortium led by Mitsui & Co, Dundee Corp, Rick Renaud and management. Terms of the deal were not disclosed.