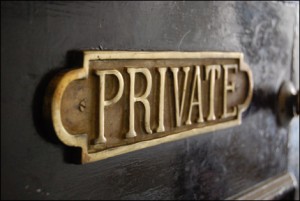 I didn’t think it was possible but private equity has gotten even more unpopular.

PE was blamed, by some, for the financial crash of 2009. With Mitt Romney’s presidential run, the press has now pegged the former Bain Capital founder, and the PE industry with it, as corporate raiders bent on destroying America.

So I found it interesting that Z Capital Partners, and the firm’s CEO James Zenni, have provided a $100,000 grant to the University of North Carolina’s Kenan-Flagler Business School. The grant will support PE education for MBA and undergraduate business students at UNC. The university will use the funds on various student activities, like treks to visit firms, conferences, guest speakers and internships, says Greg Brown, a finance professor at UNC’s Kenan-Flagler Business School.

Buyout funds have always gotten a bad rap, says Brown, who will oversee how the grant is used. “If you go back to ‘Barbarians at the Gate,’ there’s been bad sentiment against those investors forever,” he says.

Hostile deals–where PE comes in, kicks out management and sells off company assets–are a thing of the past, Brown says. Now, buyout shops typically restructure companies by figuring out better ways to run the business, Brown says. This can involve some losing their jobs, he says. “This causes a disruption for people that is unpleasant,” he says.

The goal of UNC’s B-school is to educate students and provide “tools of the trade” to succeed in business, Brown says. Not necessarily all students end up on Wall Street or in private equity. He estimates that roughly one-third or fewer find a career in capital markets or investment banking, he says. Of that, fewer than 10% work directly in PE, Brown says. “There are lots of finance-related jobs on the corporate side and on the buy-side,” he says. “It doesn’t mean just investment banking and PE.”

So then why a grant to support PE education? Brown thinks there is a need for a “more balanced view” of what happens with private investments. This includes venture capital, angel investors as well as buyouts. Private equity is currently under-researched because it’s hard to get data, says Brown, who has never worked for a PE firm. As data becomes more available, there will be more research that will investigate private investments, he says

“Given what we know to date, PE plays a valuable role in real economic growth…Even when it’s a painful reorganization, it’s probably choosing the least of several bad options,” he says.

Zenni, who is CEO of Z Capital, is not an alum of UNC. However, the university’s $2 billion endowment backed some of Z Capital’s funds, Brown says. “Zenni has a strong interest in promoting education and understanding and promoting the PE space,” Brown says.