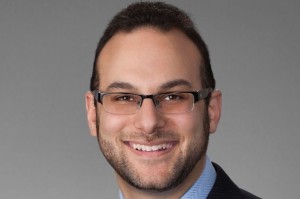 1. How have firms changed their attitudes or approaches toward compliance in the two years since Andrew Bowden’s “sunshine” speech?

Let’s say [an SEC] speech comes out next week dealing with — you name it, conflicts of interest with service providers — [GPs] call their lawyers and say, ‘OK, what’s going on? These are the three things I think we have.’ A lot of them, in their quarterly reports, will write to their LPs and say, ‘Hey, just to let you know, this speech came out from the SEC. This is our firm’s position. This is what we do.’

Places are more transparent with their LPs as a result of that, which is a good thing. They’re doing their best and they’re listening to the SEC.

2. One of the SEC’s enforcement actions involved a firm disclosing a fee arrangement later in its fund’s lifespan. The GP got in trouble because information wasn’t made clear at its formation, a decade earlier. Does that worry you?

What I worry about is people not thinking through all the disclosures. Then, with the SEC poking around, they’ll say, ‘Oh, at the time that you did your PPM back in 2005, you didn’t disclose XYZ and now it’s too late.’ There’s nothing you can do.

If the SEC is taking the position the disclosure was not there at the time that limited partners committed to the fund — [and] if you go back to 2005-2006, many firms were not even registered back then — you sort of are in a tough spot. Even if you are listening to the SEC, even if you are making disclosures, even if you are changing your practices, it doesn’t seem to help in the case of those enforcement actions.

I would be speculating, but my guess is when you bring an enforcement case against a very well known private-equity firm, it creates a much larger message for the industry. Whereas, when you bring one for a smaller firm, it doesn’t bring the same type of message.

There are firms across the industry with essentially the same facts as the enforcement cases and … they were able to resolve those issues in the exam context. The larger guys, they weren’t able to, and I think that’s a function of their size.

We think the SEC is eventually going to focus on, and we already see some evidence of this, looking at marketing materials and making sure they’re presented fairly. I will tell you [that] if the SEC pokes around performance at even a fraction of the level they poked around fees and expenses, I think they’re going to find things to complain about.

You could have people that have historically presented their performance the same way, and maybe they didn’t disclose the exact way they were calculating it. That’s the area where, if I had to guess looking around the corner, without the SEC having said anything about it, would potentially be next.

Sam Sutton edited and condensed this interview for clarity.