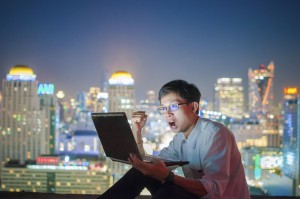 Huatai Securities, a Chinese broker, emerged as the winner of AssetMark Inc, agreeing to buy the company after private equity firms failed to bid high enough.

AssetMark is selling for $780 million, or 13x Ebitda, according to regulatory documents. Aquiline Capital Partners and Genstar Capital are the sellers. The deal is expected to close this year.

Concord, California-based AssetMark provides investment and consulting services for independent advisors. The company had $28.5 billion in assets on its platform as of March 31. CEO Charles Goldman will continue to lead the company once the sale closes later this year, a statement said.

Strategics took the lead in the AssetMark auction after proposals from the PE firms came in “meaningfully lower,” Buyouts said. Two of the strategics vying for the company were backed by Asian financial institutions, Buyouts said. AssetMark said Monday that Huatai had won the auction.

Huatai Securities provides brokerage and wealth management, investment banking, asset management and investment and trading to retail investors, institutional investors and corporate clients, a statement said. The company trades on the Shanghai and Hong Kong stock exchanges. It has a market cap of more than $18.5 billion.

AssetMark is a short hold for its private equity owners. Aquiline and Genstar closed their $412.5 million buy of Genworth Wealth Management in September 2013. The deal included about $255 million in debt, according to a report from Moody’s Investors Service. The company was renamed AssetMark in November 2013. (Lovell Minnick sold AssetMark to Genworth in 2006 for $230 million.)

Aquiline’s second fund produced a 14.2 percent IRR and a 1.36 total value multiple as of September 30, according to Oregon Public Employees Retirement Fund, an investor in the fund.