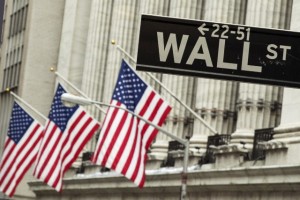 Talend Inc, a U.S. software firm that helps corporations organize and analyze data, has hired investment banks for an initial public offering (IPO) in the coming months, people familiar with the matter said on Monday.

Redwood City, California-based Talend has already registered its IPO confidentially with the U.S. Securities and Exchange Commission (SEC), according to the sources, who asked not to be named because the news of the IPO was not yet public.

Talend may file its prospectus publicly in the next few weeks, and could launch an IPO soon after, the sources added.

After nearly half a year without a single venture-capital backed U.S. technology IPO, Talend would be one of the first to move ahead with such an offering. Stock market jitters and poor technology stock performance had made investors weary of buying growth-oriented technology IPOs.

Talend has hired underwriters that include Goldman Sachs Group (GS.N), Citigroup Inc (C.N) and Barclays PLC BARCL.L for the IPO, the sources said.

Talend did not immediately respond to a request for comment.

Under a federal law called the Jumpstart Our Business Startups Act, young companies that generate less than $1 billion in revenue can file for IPOs with the SEC without immediately disclosing details publicly.

The only technology IPO so far this year has been that of Dell Inc’s cyber security unit SecureWorks Corp (SCWX.O) last month. That company since then has traded mostly below its $14 per share offering price.

Optical networking venture-backed startup Acacia Communications (ACIA.O) is currently marketing its IPO, which is expected to price this week. It is seeking to raise up to $103.5 million.

Talend makes open-source software that helps companies manage and integrate their data. It has more than 500 employees, many of whom are in France, where it has research development centers. It has raised more than $100 million in funding to date. Since its founding in 2006, it has achieved a compound annual growth rate of 108 percent, according to its website.

Talend’s offerings can help manage databases that are coded in an open-source software system like Hadoop. Hortonworks Inc (HDP.O), another company using Hadoop open-source software, went public in December and has been trading below its IPO price of $16 per share.

Photo: Outside the NYSE. REUTERS/Lucas Jackson