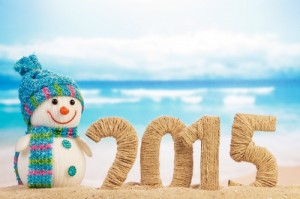 Despite the perils of forecasting what the future may hold for Canadian private equity and venture capital firms, it is perhaps now more important than ever to do so.

The largely unforeseen, rapid and precipitous tumble in world oil prices, which has wreaked havoc on everything from government revenue to stock markets, reinforces the need, as captured by the famous Boy Scouts motto, “Be Prepared!”

What do we need to be prepared for?

A known known, as Donald Rumsfeld would have put it, is that 2015 will be an election year in Canada. An unknown known is what the exact timing, ballot question or outcome will be in that election.

With this in mind, here are some fearless predictions:

Private equity and venture capital will not be centre stage in the political debates that will rage in the period leading up to and during the election.

All the main parties contesting for power will talk about their commitment to innovation and growth but there will be precious few specifics.

As a result, there will be considerable uncertainty, a black box, in effect, about the plans that each party has for Canada’s PE and VC industry going forward. In that sense, it might not greatly matter to the industry which party assumes the reins of power or whether the country finds itself with a minority or a majority government.

However, there are some tiny glimmers that can be discerned. These include:

• The flow through share mechanism may be expanded for cleantech investments in the next federal budget. The House of Commons’ Finance committee’s pre-budget report released last week called on the government to examine ways to promote the industry, either via extending the accelerated capital cost allowance or other similar tax incentives;

• Only the New Democrats may be tempted to advocate in favour of a tax on carried interest, similar to that proposed in other foreign jurisdictions, such as the United States;

• No party will call for the re-introduction of the federal portion of the labour-sponsored venture capital corporation tax credit.

The Venture Capital Action Plan (VCAP) will be fully rolled out in 2015, though the opposition parties will decry the fact that this process has taken three years since first being announced in the 2012 budget. The New Democrats will also criticize VCAP for being spread out over too many years to make a meaningful contribution to resolving the funding challenges facing Canadian VCs.

Venture capital will still be viewed as a pariah asset class by legions of institutional and retail investors, as a sudden and massive improvement in its returns performance is unlikely to materialize soon.

A consequence of the continuing deeply-out-of-favour views of VC by investors is that VCAP funds of funds will continue to experience challenges in their own fundraising efforts. To date, these funds have raised $672 million, far short of the $1.2 billion objective set by program architects.

As a result, there will be pressure on government to extend its own commitment to the asset class. The default position, based on prior patterns, has been for Ottawa to continue injecting money into the direct and indirect VC activity of its crown corporations, notably the Business Development Bank of Canada (BDC) and Export Development Canada (EDC).

In the same vein, government will turn to immigrant investors to help recapitalize the asset class. Ottawa recently announced the launch of an Immigrant Investor Venture Capital pilot program for 2015, which is expected to be raise $100 million to invest in early-stage companies and private funds.

Because demand for entry into this country may be quite significant, we can anticipate that future capital flows from immigrant investors looking to secure permanent residency status also will be directed to infrastructure, private equity and aboriginal capital corporations.

Actually, U.S. and other foreign private equity and venture capital firms are already here. They now account for approximately 40 percent of the investing dollars in the PE/VC markets in Canada. And the prospect is for that share to grow to 50 percent in 2015, as Canada remains largely underfunded relative to the United States.

On the VC side, VCAP has already led to commitments in U.S. investors, such as Versant Ventures. To the extent that more such commitments are made under VCAP, tensions between Ottawa and the more than 25 Canadian VC firms that are currently raising funds today, or will be in early 2015, will undoubtedly rise.

Canadian VC’s ongoing supply challenges may cause Canadian governments to give more thought to what else public policy can do to help. This might first involve a formal public review of existing federal support mechanisms and their relative effectiveness to date, just as the British Columbia government is doing right now.

On the PE side, market conditions in Canada are once again ripening to perhaps cause a reprise of what we saw less than a decade ago with the proposed acquisition of BCE. That transaction, which involved KKR, and other high-profile PE giants, served to throw a negative spotlight on Canadian PE, which had previously gone unnoticed by public policymakers. Since then, the Canadian private equity industry has largely benefited from government inattention, unlike its counterparts in the United States and Europe.

Also on the horizon in early 2015 is the advance of equity crowdfunding initiatives in Canada. Securities regulators are currently putting the finishing touches on measures that will increase access to this type of capital for small and medium-size companies. These measures include final regulations on the use of offering memoranda in Ontario, and at the national level, the proposed addition of an ‘eligible’ investor category to complement the ‘accredited’ investor category.

In addition, TSX and Aequitas Innovations have private capital market initiatives that will be up and running in 2015. These initiatives will also potentially increase the financing alternatives available to Canadian small businesses.

In short, Canada’s private equity and venture capital firms will face greater uncertainty and greater competition in 2015. Fortune will favour those who are prepared to be prepared!

Richard Rémillard heads Remillard Consulting Group, a firm that specializes in research-based solutions to public policy issues affecting the financial services industry. He has over two decades of experience with financial trade associations, including the Canadian Venture Capital and Private Equity Association and the Canadian Bankers’ Association.