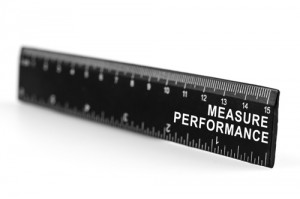 State pension funds are not getting their money’s worth from active money managers, according to a new report that also takes private equity firms to task for not offering “proof” that the asset class consistently beats public equity returns.

According to the July 2 Maryland Policy Report, the top 10 states measured by fees paid to money managers generated lower returns over the last five fiscal years (ending June 30, 2012) than their peers. Net of fees, the top 10 paid a median fee ratio of 0.61 percent, well above the 0.22 percent paid by the bottom 10. However, the top 10 generated an annualized five-year return of 1.34 percent, 104 basis points lower than the 2.38 percent generated by the bottom 10 measured by fees paid.

As for Maryland, whose state retirement and pension system had net assets of $37.1 billion as of June 30, 2012, the report found that just over two-thirds of its $15.7 billion in publicly traded equities was actively managed as of the same date. Its fee ratio was 0.64 percent, well above the median of 0.39 percent for the state pensions studied, while its 0.78 percent annualized return fell short of the 1.50 percent median.

The report laments that in Maryland and other states, public pension boards have “succumbed for years to a popular Wall Street sales pitch” that active money managers beat passive indices. “The actual result — a typical Wall Street manager underperforms relative to passive indexing — is costly to both taxpayers and public sector employees.”

In the case of private equity, the authors noted that many public pension funds (Maryland had $2.1 billion invested in private equity as of June 30, 2012) have turned to the asset class to help beat the market. However, they found that “the private equity industry has yet to offer proof that private equity consistently beats the relevant public equity market index after fees.” They also implied buyout firms may not be providing accurate valuations to their investors.

For its underlying data, the report relied on the Comprehensive Annual Financial Reports provided by state pension funds. In comparing money management fees, the report looked at the pension funds of 46 states, while it looked at five-year annualized investment returns of pension funds in 35 states; the report excluded some states because they didn’t provide adequate or comparable data. When states provided separate data for employee and teacher pension funds, the authors went with the larger pool.