PE Hub
Home News and Analysis PE Deals After Six Years, Bain, CD&R and Carlyle Could Get Their Money Back...
Return to search
Scoops & Analysis 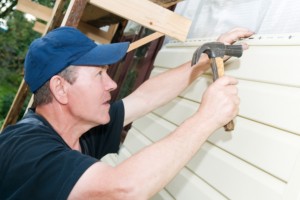 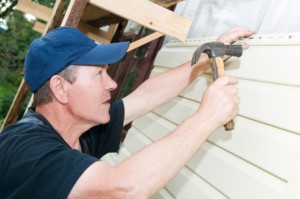 Time has proven to be the ally of the private equity firms that invested in HD Supply Holdings.

HD Supply is expected to go public next week, in an IPO that could raise as much as $1.33 billion. At a minimum, the deal could provide a way for Bain Capital, the Carlyle Group and Clayton Dubilier & Rice to recoup their investment in the industrial distribution company.

The PE firms acquired HD Supply in 2007, a year before the housing market downturn. Bain, Carlyle and CD&R originally agreed to pay $10.3 billion, which included about $1.9 billion equity and the rest debt. The lenders — Merrill Lynch & Co. (before it was sold to Bank of America), J.P. Morgan Chase and Lehman Brothers (which no longer exists) — balked at the deal, which included borrower-friendly covenants and PIK toggle notes. The size of the transaction was ultimately cut to $8.5 billion and required the PE firms to increase the size of their equity check to about $2.3 billion, according to SEC filings.

Each PE firm put in about $760 million for a 28% stake in HD Supply, SEC filings reveal. Home Depot, the seller, invested $325 million and retained a 12.5% stake, SEC filings say. The transaction, after weeks of wrangling with the lenders, closed in August 2007.

Of note, Home Depot wrote down the value of its $325 million stake in HD Supply to zero, the Atlanta Journal-Constitution reported. It appeared the PE firms would also be forced to mark the deal down severely.

“HD Supply was devastated when the housing market crashed,” an industry source says.

But as the U.S. housing market rebounded so did HD supply. The company currently employs about 15,000 associates spread through 600 locations in the U.S. and Canada. In June, the company reported $2.1 billion in sales for its first fiscal quarter ended May 5, while operating income jumped 133% to $100 million. HD Supply is still highly leveraged. The company had $6.4 billion in long term debt for the fiscal year ended Feb. 3, up from $5.38 billion as of Jan. 29, 2012, regulator filings say.

HD Supply has seen its fortunes improve and so have the PE firms. With the IPO, Bain, Carlyle and CD&R have a chance to get their money back. Each PE firm owns about 36.5 million shares and they don’t plan to sell any in the IPO. Once HD Supply goes public, each firm’s stake could be valued at $857 million (at $23.50, the midpoint of the IPO range), which is more than what they invested.

HD Supply has not paid out any dividends, according to SEC filings. But Bain, Carlyle and CD&R would be free to sell HD Supply shares once the lockup period ends.

“The deal that was a dog is now going to be okay,” the industry source says.