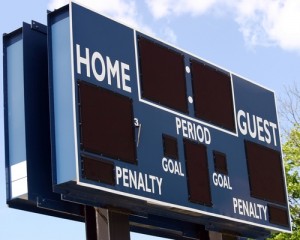 With print publications slimming like a Major League Baseball slugger coming off HGH, the online broadcasting arena for professional sports is only growing.

A pair of major players in the sporting news biz are partnering up to launch Sporting News Media, taking more than a century of print tradition (as well as fantasy sport manuals read religiously by this editor) and transition that to the lucrative world of online video advertising.

The joint venture marks a mini-marriage of sorts for PERFORM Group plc, the UK-based sports broadcasting company, and American City Business Journals, an Advance Publications division also responsible for Sporting News, a print journal with 127 years’ history behind it.

Oliver Slipper, joint CEO of PERFORM noted that the U.S. online video advertising market is set to hit the $3 billion mark in 2013, a projection that near-term is only anticipated to grow.

Video ads “account for 50% of the group’s” ad revenue, he told peHUB.

Sporting News Media is getting into a space dominated by major players like ESPN, and, more recently, CBS and FOX: pro sports news and highlights. The cable players have locked up access to live coverage of things like NFL football games, and Sporting News Media isn’t looking to aggressively grow its live coverage content, said Juan Delgado, managing director with PERFORM.

Lately, there has been M&A activity in the mobile video space, with startups getting funding and more mature companies—like Hulu—looking to sell, according to a Reuters report. With five deals in the last two years, PERFORM would not rule out future acquisitions.

Both the online and televised professional sports media has been besieged by new players, and not just cable companies. Last week, none other than the National Football League paired up with Providence Equity Partners to launch a $300 million fund directed at digital media development.