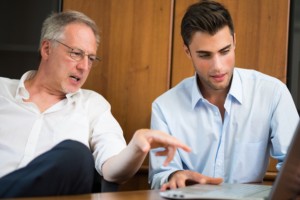 Apax Partners, which is talking to limited partners about raising $7 billion to $8 billion for its next flagship fund, plans to offer a choice of carried interest plans designed in part to retain young talent.

Under the European-style waterfall, the general partner typically doesn’t start to collect carry until LPs have been fully paid back at least all contributed capital plus a hurdle. Under the deal-by-deal waterfall, still common in the United States, the GP can collect carried interest on each exit provided a hurdle has been met.

As a sweetener, LPs in Apax IX who choose the deal-by-deal model would also get a 5 basis point reduction on the 1.5 percent management fee during the investment period, one of the LPs said. Apax would offer the deal-by-deal carry model to all LPs, “first come, first serve,” up to $2 billion of commitments.

“When you have to give back all capital first, that really pushes out carry dollars to years between six and eight on average on a particular fund before any of those guys get any carry,” the LP said.

Deal-by-deal carry has been popular with U.S. funds but the European model appears to be becoming more popular.

According to the Buyouts Insider 2016-2017 PE/VC Partnership Agreements Study, 53.3 percent of North American buyout shops surveyed pay back LPs all contributed capital before the GP starts to collect carry. That is up from 38.8 percent in the 2014-2015 terms and conditions study. Around a third of North American GPs in the survey collect carry on a deal-by-deal basis, according to the 2016-2017 study.

The Institutional Limited Partners Association calls for LPs to be paid back all contributions plus a preferred return before the GP starts collecting carry.

Apax closed its last investment vehicle, Apax VIII, on $7.5 billion in 2013. That fund was generating an 11.12 percent net internal rate of return and a 1.2x multiple as of June 30, 2015, according to performance information from the Washington State Investment Board.

Realizations include the sale of King Digital Entertainment, the maker of popular video game Candy Crush Saga, for a 93x gross return, the person said.

Fund IX is not officially in the market and it’s not clear when it will officially launch.