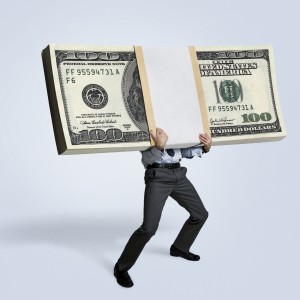 Ardian has billions of dollars to spend on secondaries transactions, but unlike most other secondary firms, it hasn’t directed any of that capital to the growing business of fund restructurings.

This is not the result of a hard and fast rule — Benoit Verbrugghe, Ardian’s U.S. chief, said “never say never” when it comes to participating in a restructuring. It does, however, make Ardian unique among big secondary players.

“We have enough quality deal flow today; we are very busy … on portfolios of good, quality assets,” Verbrugghe said in an interview Tuesday.

Ardian looks at the big restructuring processes that hit the market, but has so far not had any interest in participating. Generally, a secondary firm that participates in a fund restructuring will buy out existing LPs in the fund being restructured, as well as put up fresh capital for the GP to make new investments.

Several of the biggest secondary buyers, like Coller Capital, Lexington Partners and Canada Pension Plan Investment Board, took prominent roles in past restructurings. Direct secondaries like restructurings totaled about $10.2 billion in 2015, according to intermediary Setter Capital.

“So far, we haven’t been convinced enough by [what we’ve seen],” Verbrugghe said.

Fund VII is already about 25 percent deployed through six transactions, Ardian said in a statement Tuesday.

While avoiding restructurings, Ardian has carved out a business buying big portfolios sometimes valued at more than $1 billion. The firm can transact quickly on even the biggest portfolios, like one GE Capital sold in 2014 with 340 funds, because it sees a lot of private equity funds through its fund of funds business.

Because of this, Ardian can work with sellers on transactions even before they go to auction, a move known as preempting an auction. It will even occasionally apply leverage to its deals under the right circumstances.

One type of seller that has become more prevalent in the market is sovereign wealth funds, Verbrugghe said. The big institutions that have large private equity portfolios are working to actively manage their GP relationships, similar to what big public pensions in the U.S. have done over the past few years.

Sovereign funds that have sold or tried to sell private equity stakes include Abu Dhabi Investment Council, which brought a portfolio valued at more than $1 billion to market last year, but then pulled it back without transacting. Ardian was the lead bidder in the process. It’s not clear whether ADIC subsequently sold part or all of the portfolio.

The collapse of oil prices has not pushed sovereign funds in the Middle East to sell, Verbrugghe said. He said energy funds in general are starting to show up on the secondary market more often, but Ardian is waiting to get more visibility on the performance of underlying assets in those funds.