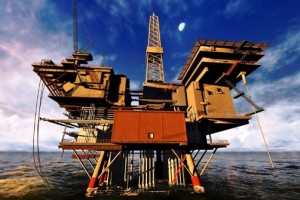 Investment and private equity funds including Singapore’s Temasek and Rothschild Group are competing to invest in Argus Media in a deal that could value the energy-market data provider at more than US$1.3 billion.

London-based Argus, Charterhouse, Rothschild, Hellman & Friedman and CPPIB declined to comment when contacted by Reuters. Temasek, the investment company owned by the government of Singapore, did not immediately respond to e-mailed requests for comment.

Argus, which competes with news and pricing agencies such as Platts and Thomson Reuters, hired Bank of America Merrill Lynch last year to review its strategic options as it sought to expand and some existing shareholders said they wanted to sell shares.

The company was set up in the 1970s just as the global oil trade was picking up. Its biggest shareholders are executive chairman and publisher Adrian Binks and members of the founding Nasmyth family.

Industry sources have said Binks intends to keep his shares while members of the founding family are considering selling.

Argus has told employees it will only consider selling to investors who allow the company to continue operating independently and who will invest in the business globally for a five-year period, according to the sources.

Investors who accept the five-year plan will progress to the final round of bidding and a deal is likely to be signed in the next few months, employees have been told.

Its U.S.-based competitor Opis was bought by information provider IHS Inc in January in a US$650 million deal .

Argus employs 750 full-time staff globally, half of whom are commodities journalists, according to the company’s website. Besides oil, it reports and provides pricing on commodities including coal, gas and fertilisers.