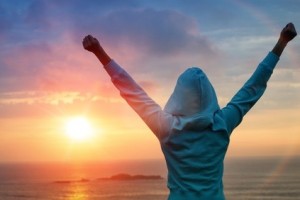 The departure of the lead banker on the Asencus Inc auction did not put the breaks on the sale. In fact, a winner is expected to be announced in the next month, sources said.

Jason Gurandiano, who left Deutsche Bank last month in the middle of the auction, continues to advise seller J.C. Flowers & Co on the Ascensus sale, sources said. “He’s working alongside Deutsche Bank on the deal,” one of the sources said.

At the same time, Gurandiano has launched his own firm, RoGi Consulting, according to his LinkedIn page, and he plans to join Royal Bank of Canada to run its financial technology advisory group, sources said. Gurandiano starts at RBC later this month, according to Bloomberg News, which first reported the hire.

New York-based Flowers put Ascensus up for sale in May, seeking bids of $1 billion. It tapped Deutsche Bank to find a buyer. Gurandiano was the lead Deutsche Bank banker handling Flowers’ sale of Ascensus, but he left the investment bank in July, Buyouts previously reported.

Flowers will likely announce a winner of the Ascensus auction in the next month, according to people with knowledge of the deal. The firm is in exclusive talks with an unnamed bidder, one of the sources said.

Final offers for Ascensus were due two weeks ago. Genstar Capital and Aquiline Capital Partners have teamed up to make a joint bid for Ascensus, Buyouts has reported. Advent International, which was thought to be considering a bid for Ascensus, is not involved, and it’s unclear if the Blackstone Group, also thought to have interest in the company, made an offer, the source said.

Strategics re-emerged in the final round for Ascensus but it’s not clear if any succeeded. Manulife, Paychex Inc, ADP LLC and SS&C Technologies were believed to be interested, sources said. The Ascensus auction from the beginning has targeted private equity firms, sources said in prior interviews. “A sponsor outcome is the most likely,” one of the sources said.

Jane Gladstone, an Evercore Senior MD who leads the bank’s financial services corporate advisory business, is advising Genstar/Aquiline in their bid, sources said. Evercore was also the placement agent for Genstar’s most recent pool, Fund VII, which closed at $2 billion in August.

Executives for Deutsche Bank, J.C. Flowers, Aquiline, Genstar and RBC declined comment. Evercore could not be reached for comment.