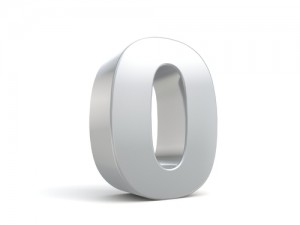 If you were wondering why so much money is trying to find a home in mid-market leveraged loans, look no further than the track record of Audax Group.

For just about five years the firm, a diversified private equity shop with offices in Boston and New York, has been investing in the senior debt of sponsor-backed mid-market companies generating $50 million or less of EBITDA. Its senior debt group, led by Managing Director Michael P. McGonigle, has invested more than $1.3 billion, including recycled proceeds, in more than 130 transactions, typically investing up to $15 million to $20 million per transaction, mostly new issuances.

The group invests through separate accounts set up for large institutional investors. It also invests through commingled funds, both open-end and close-end, raised from a mix of wealthy individuals and institutional investors. According to a Form D filed with the Securities and Exchange Commission, the firm as of early April had raised more than $108 million toward a $200 million target for one of its latest commingled funds, Audax Credit Opportunities Fund LP.

And the yields generated for those backers? In an exclusive interview with sister magazine Buyouts last month, McGonigle said that his team can go to investors today and offer a core yield of 6.5 percent to 7.0 percent. And that’s before leverage. (Of the $800 million that the Audax Group senior debt team has under management, less than half is leverage.) McGonigle said that one of his separate account clients last year beat the widely followed S&P/LSTA leveraged loan index by 600 bps on a net, unlevered basis. He called that result fairly typical for clients.

“It’s a low-rate world right now,” said McGonigle. “There’s not a lot of places to put money to generate that kind of yield in what we’d consider to be a safe product.”

Indeed, Audax Group has, somewhat incredibly, not suffered a single realized loss on a transaction since inception. Two of its accounts did go through restructurings, McGonigle said. The firm recovered at par in both of those situations. Of the roughly 60 companies left in the portfolio (about 70 having been realized) one account is showing an unrealized loss of $4 million. However, McGonigle said he’s confident that a just-begun workout will lead to a recovery at par in that deal as well.

McGonigle points to two main reasons for such a low loss rate. One is his background, and that of two other executives in his group, evaluating credits earlier in their careers at GE Capital. There, as at Audax Group, they emphasized evaluating worst-case scenarios, and what their likely recoveries would be were those scenarios to play out. “The single biggest thing we can do to drive returns is to avoid principal losses,” said McGonigle, noting that the firm invests in about 10 percent to 12 percent of the transactions that it sources. “Yield does not fix a risky credit.”

A second reason is the overall performance of mid-market loans. Compared with the more broadly syndicated market, mid-market companies financed through small clubs of creditors tend to have less leverage and their loans have more robust covenants. “So over time we actually think we get a higher recovery on the smaller [loans] than the larger ones,” said McGonigle. He estimates the current premium earned on mid-market loans vs broadly syndicated loans at 150 to 200 basis points.

It can’t have hurt, either, that so many banks and finance companies have left the senior lending market in the wake of the financial crisis, giving the surviving lenders more power at the negotiating table. Money is poised to pour back in, through private limited partnerships, non-traded BDCs, and SBICs sponsored or advised by such behemoths as Apollo Global Management, The Blackstone Group, The Carlyle Group, Crescent Capital and Kohlberg Kravis Roberts & Co.

Eventually so much money could be chasing mid-market deals that returns may come under pressure, leverage multiples rise and covenants loosen. But McGonigle suggested that day remains a long way off: “The amount of money coming in is a drop in the bucket compared to the amount of capital that’s left.”

This column first ran on the website of sister magazine Buyouts.