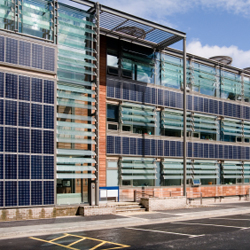 The company’s adhesives and sealants are used in glass windows and non-residential roofing, among other products. Based in Lincolnshire, Ill., the company operates offices in Michigan and Ohio as well as in China, England, Germany and Russia.

The company generates $45 million in annual adjusted EBITDA, according to one source who reviewed marketing materials for the company; it was unclear during exactly what time period that $45 million was generated. This source said that the company is attractive, but that its “value expectations were too high.” The sale process has been going on for a couple months, both sources said.

An exit appears to be a long time coming for Aurora Capital. The Los Angeles-based firm formed the company through a series of acquisitions in 1999 and 2000, according to its Web site. Buyout firms typically hold investments for about three to five years.

A profitable exit could also bolster Aurora Capital’s fundraising. The firm has raised about $600 million so far for its fourth fund, which has a target of $900 million, and is expected to close the fund by year-end.

Aurora Capital has been a busy seller of late. At the end of last year, it sold Lexington Precision Corp., a manufacturer of highly engineered rubber components used in medical devices and the automotive market, generating 2.2x its money and an internal rate of return of about 55 percent, firm founder Gerald L. Parsky recently told Buyouts in an interview. More recently, the firm announced the sale of three out of four subsidiaries of another portfolio company, New Star Metals, generating about 2.5x its money. It is likely to sell another company, Miami Valley Steel Service, in the next six to nine months, Parsky said.

Executives at Aurora Capital declined to comment on the ADCO Global deal. Executives with ADCO Global and Jefferies did not return calls.