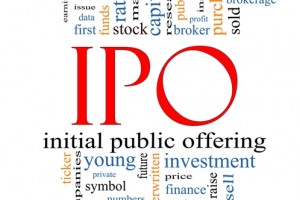 (Reuters) – Shares of Bain Capital-backed Bright Horizons Family Solutions Inc. rose as much as 30 percent in their market debut on the New York Stock Exchange as investors focused on the largest U.S. child-care provider’s leadership in a growing niche market.

The company was listed on the Nasdaq before Bain Capital, the private equity firm founded by Republican U.S. presidential candidate Mitt Romney, took it private for $1.3 billion in 2008.

At current trading price, Bright Horizons is valued at about $1.78 billion.

Bright Horizons’ shares were up 28 percent at $28.18 in late morning trade.

“I get a sense that we have good support for what we’ve achieved and what we hope to achieve in the next phase of our growth,” Chief Executive David Lissy told Reuters.

The child care and early education services provider priced its offering of 10.1 million shares above the expected range at $22 each, raising $222 million.

The company expected to price the offering between $19 and $21 per share. At the IPO price, the company was valued at $1.38 billion.

Bain Capital, which did not sell any of its shares in the offering, will continue to maintain about 80 percent stake in the company.

Private equity-backed IPOs are set to make a come back as firms look to cash in on investments made before the financial crisis.

From January to November 2012, companies backed by PE firms raised $20.5 billion worldwide, down from $38.6 billion raised in 2011 as the Eurozone crisis, slowing growth in China and fears over macroeconomic aspects dulled investor confidence, according to a report by accounting and professional services firm Ernst & Young.

The IPO market has shown signs of recovery after a tough 2012. The more than $1.8 billion in proceeds raised last week by five companies that made their market debuts was the highest weekly amount since October, according to market data firm Ipreo.

“The year is turning out to be pretty solid. There are plenty of deals in the pipeline that will find a lot of buyers as equity risk has reduced and market liquidity has increased. It is going to be a good year,” said Josef Schuster, founder of Chicago-based IPO research firm IPOX Schuster.

The company recorded a net income of $3.9 million and revenue of $797.5 million for the nine months ended September 30, according to its regulatory filing.

Bright Horizons plans to use the proceeds from the offering to repay debt, and for working capital and general corporate purposes.