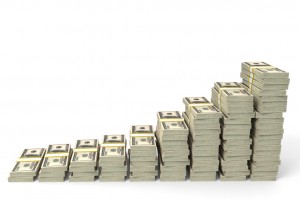 Bain Capital LLC stands to make more than 4x its invested capital when it completes the sale of insurance software maker Applied Systems Inc in a secondary sale to Hellman & Friedman LLC, a person with knowledge of the transaction told sister publication Buyouts.

The firms said the transaction would be valued at approximately $1.8 billion when the sale is completed, a development expected early in 2014.

The deal should mean an additional boost to Bain Capital Fund IX LP, an $8 billion vehicle that Bain Capital closed in late 2006 and largely invested in the pre-crisis days of 2007, the person with knowledge said, asking not to be identified for speaking about the deal without authorization.

Bain Capital scored another potential 4x exit for Fund IX in October, when its Burlington Stores Inc went public, after pricing 13.3 million shares at $17 each, above their anticipated $14 to $16 price range. Bain Capital bought Burlington Coat Factory Warehouse Corp in a deal valued at $2.1 billion. Sister website peHUB said at the time of the IPO that Bain’s stake in Burlington Stores was worth about $1.3 billion at the end of the first day of trading, and that Bain’s prospective 4.25x return on the company included $591 million in dividends and paper gains.

Fund IX was returning 1.45x to investors, with a 7.4 percent IRR, as of March 31, 2013, according to the Regents of the University of California, an investor.

Applied Systems Inc develops software that is used in the insurance industry, including agency management systems and data exchange between agencies, brokerages, carriers and their clients. Applied Systems counts among its customers more than 12,000 agencies and brokerages and 350 insurers in the United States, Canada and the United Kingdom. Bain Captial acquired the University Park, Illinois-based company from Vista Equity Partners LLC in 2006 for an undisclosed price, sister news service Reuters reported.

JMI Equity, a growth equity firm that focuses on software and technology businesses, will invest alongside Hellman & Friedman, although the firms did not disclose the size of its stake. Members of Applied Systems’ senior management also will continue to hold a significant stake, the firms said.

Hellman & Friedman is currently investing its seventh fund, which has more than $8.9 billion of committed capital.

The law firm Ropes & Gray announced that it advised Bain Capital in the sale.