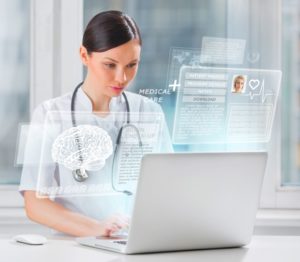 Parthenon Capital agreed to merge two portfolio companies, Zelis Healthcare and RedCard, while bringing in Bain Capital as an investor to help fuel growth in the newly created healthcare-fintech platform, according to four people with knowledge of the situation.

The transaction values the new company at approximately $5.7 billion, the people said.

Bain will take a 35 to 40 percent stake in the combined company, while Parthenon will remain a lead investor, the people said. The two Boston-based private equity firms have agreed to a partnership governance structure, two of the sources said.

The existing management teams of Zelis and RedCard, which will run the combined company, will maintain a significant minority equity stake, the people said.

Committed financing has been lined up in support of the transaction, the people added.

The agreement marks the conclusion of a process in which the two Parthenon portfolio companies were marketed together. Goldman Sachs provided sell-side advice on the process, which was aimed at securing an outside investor to help recapitalize the combined assets, the people said.

Outside of the formal process, Zelis as a standalone entity has received significant inbound interest, including from a broad range of strategic buyers that operate within the universe of healthcare technology and payer services, some of the people said.

Combined, Zelis and RedCard account for pro forma Ebitda of $300 million, including synergies, the people said.

With no overlap in operations or cost synergies between the two companies, the idea is that a combined Zelis-RedCard will be able to market and sell a broader set of products to clients that aren’t already using both, accelerating revenue growth.

Zelis, prior to the transaction, has grown at an approximately 20 percent rate from a revenue standpoint, some of the people said.

Zelis was formed in 2016 when Parthenon-owned Stratose simultaneously merged with Premier Healthcare Exchange and its GlobalCare subsidiary, and Pay-Plus Solutions.

Separately, Parthenon completed its minority investment in RedCard in February 2018.

For Bain, the transaction comes as the buyout shop approaches the conclusion of a sales process for Waystar, the healthcare software-as-a-service giant formed through its marriage of Zirmed and Navicure less than two years ago.

Elsewhere, Advent International in June preempted the process for Spectrum Equity-backed Definitive Healthcare, investing in the healthcare-data provider in a transaction worth some $1.7 billion, Buyouts reported.

Also in June, EQT exited Press Ganey in a deal valued north of $4.2 billion through a sale to an investor group including Leonard Green & Partners and Ares Management, Buyouts reported.

On the healthcare payments front, Instamed, which considers itself the PayPal of healthcare, selected JP Morgan as its buyer in a transaction valued north of $550 million, Buyouts reported.

Representatives of Bain, Parthenon and Goldman Sachs declined to comment, while Zelis and RedCard couldn’t immediately be reached.