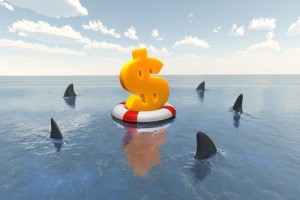 Broadmeadow Capital, backed by FTV Capital and LLR Partners, has made a move to buy pieces of ETF strategist F-Squared Investments Inc. out of bankruptcy.

F-Squared filed for Chapter 11 protection on Wednesday and entered into a stalking horse arrangement with Broadmeadow on July 3 that calls for F-Squared to sell substantially all its assets for $5 million cash plus earn-out payments on the first and second anniversary of the deal’s close, bankruptcy court filings said. The $5 million can be reduced if F-Squared assets under advisement that can be transferred are below $2 billion, the court filings said.

Broadmeadow is aiming to buy F-Squared’s intellectual property, investment strategies and “substantially all” of its investment management contracts, a statement said Wednesday.

The Broadmeadow transactions “sets the floor, or minimum acceptable bid” that is subject to Bankruptcy Court approval and certain other conditions, the statement said.

Boston-based Broadmeadow is a unit of Cedar Capital, which itself is backed by FTV Capital and LLR Partners. Broadmeadow, a quantitative asset manager, is led by David Cabot and Eric Biegeleisen.

F-Squared, of Wellesley, Massachusetts, is a so-called tactical ETF manager. Such companies advise customers on when to buy and sell ETFs using computer models, Fortune said. F-Squared, the biggest of such managers, was a sub-advisor on several popular mutual funds from Virtus Investment Partners Inc.

In December, F-Squared agreed to pay $35 million to regulators to settle civil fraud charges for allegedly misleading investors about the performance of an index strategy, the Boston Globe reported. The SEC also charged Howard Present, F-Squared’s co-founder and ex-CEO, with making false and misleading statements to investors about the company’s strategy, the story said. F-Squared in March cut 25 percent, or 40 positions, from its 161-person workforce, Investment News said.

F-Squared went up for sale in April. PL Advisors was tapped to find a buyer, peHUB has reported.

PL Advisors sent out “teasers” to 51 interested parties, which resulted in the execution of 26 non-disclosure agreements, according to court filings. Several PE firms were interested in F-Squared, a source said.

Virtus, which had stuck by the company during the SEC investigation, dropped F-Squared as a fund manager in May. This development caused many PE firms to pull out the F-Squared auction, the source said. The process became more focused on strategics after Virtus cut ties, the source said. Four parties in May submitted letters of intent to buy F-Squared, court filings indicate.

F-Squared’s liabilities were “too great” and all potential buyers insisted the firm file voluntarily for bankruptcy, the person said. Broadmeadow was chosen because they produced the “the best overall package for the company financially,” the source said.

The company had $28 billion in assets under management as of September 2014, according to press reports. That plunged to $15.2 billion AUM as of March 31, Morningstar said.