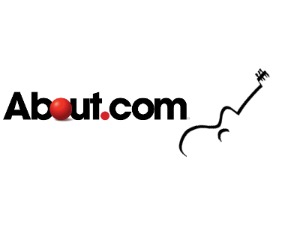 (Reuters) – Barry Diller’s IAC/Interactivecorp submitted an offer in excess of $300 million to buy the About.com information website from the New York Times Co, according to people with knowledge of the situation.

IAC’s bid is above the $270 million offer that the Times Co has preliminarily accepted from Answers.com, a website backed by private equity firms Summit Partners and TA Associates, said one of the sources.

On August 8, the Times Co said it was “engaged in discussions regarding the potential sale of its About Group” but did not name any of the parties it was speaking with and said that it could not guarantee that a deal would be reached.

The website Allthingsd.com prompted the Times Co’s statement with a report saying Answers.com had signed a letter of intent to buy About.com for $270 million. Answers.com President Peter Horan previously served as head of About.com.

A week later the Times Co announced that it had hired longtime BBC executive Mark Thompson as chief executive, filling the position vacated abruptly by Janet Robinson in December.

About.com consists of more than 900 “topic sites,” which feature articles on everything from parenting and cooking to travel and technology that are geared to appear high in search results. The portal makes its money by selling advertising against its content.

But About.com began a steady downward spiral after Google Inc made changes to its search algorithm designed to return high-quality results. Last month, amid declining profitability, the Times Co wrote down the value of the group by $195 million. The company originally paid $410 million for About.com in 2005.

While the Times Co has not held an official auction for About.com, a number of companies including IAC and Demand Media Inc had proactively approached the publisher, according to sources.

Representatives for IAC and Demand Media declined comment. A Times Co representative said that the company “does not comment on potential acquisitions or divestitures.”

Calls and emails for comment to Answers.com and its private equity backers Summit Partners and TA Associates were not immediately returned.

Given the struggles facing About.com and the Times Co’s recent moves to raise cash by selling assets, much of the previous interest in About.com was at “firesale prices,” said one of the sources.

But, according to this source, “There are still interested buyers who feel that the $280 million price is low and can be easily matched.”

Despite being above Answers.com’s offer, the Times Co has not yet responded to Diller’s bid, said another source. And with nearly $1 billion of cash and cash equivalents on its balance sheet, IAC could easily raise its current offer should a bidding war with Answers.com or another company emerge.

IAC wants to combine About.com with Ask.com, which has undergone a strategy shift over the last two years from generic search engine to a question-and-answer style service. The idea would be to leverage the content served up on About.com to answer questions users pose on Ask.com.

Ask.com’s shift to a Q&A style site is owed to its failure to make inroads against Google and Microsoft’s Bing in algorithmic search. Instead of just providing links to relevant websites, a service Google’s algorithm has mastered, Ask.com also supplies answers from its user base to search questions.

The Times Co has been shedding assets in recent years in an effort to focus resources around its flagship newspaper and accompanying website. The Times Co once owned TV and radio stations, magazines and stakes in cable networks such as Discovery Times and sports teams including baseball’s Boston Red Sox.

In December, the Times Co agreed to sell 16 regional newspapers in a deal valued at roughly $145 million.

The company still owns the Boston Globe, International Herald Tribune, and Worcester Telegram & Gazette newspapers. But in a report issued Monday, Barclays Capital said it expects the company “to sell other non core assets and the New England Media Group, which is primarily composed of the Boston Globe,” which the bank estimates could generate between $100 million and $200 million.