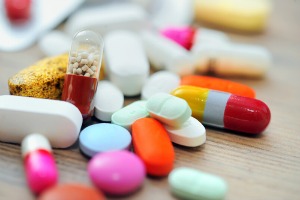 (Reuters) – Large investors in U.S. biotech companies are likely to capture serious windfall profits as deal activity picks up in the sector.

A Reuters analysis of investors’ average cost found that six U.S. biotech companies flagged as potential takeover targets could yield billions of dollars in profits for their major shareholders at current share prices.

Ownership of these companies is dominated by a handful of institutional investors, such as Wellington Management, Fidelity Management & Research, Capital Group Cos and T Rowe Price Associates. They have seen the value of their holdings increase as takeover speculation drove up biotech shares, with the Nasdaq biotech index up about 29 percent this year.

Deals such as GlaxoSmithKline Plc’s $3 billion purchase of Human Genome Sciences Inc on Monday have fed that speculation and led to a 63 percent increase in U.S. biotech M&A volume so far this year, according to Thomson Reuters. Bankers predict the trend will continue, as demand for new drugs by big pharma drives the buying spree.

Despite the run up in share prices, the analysis shows a silver lining for potential acquirers. Investors already in the money may be more amenable to selling out of positions they have sometimes held for more than a decade.

To be sure, shareholder cost basis is only one data point for investors and acquirers to consider. A company’s existing drugs, pipeline, therapeutic area and an acquirer’s strategic needs would all play key roles in a deal.

But by estimating the average cost of holdings by major investors, the Reuters analysis sheds new light on deals that could lie ahead for the biotech sector.

“When investing in biotech stocks, I am not speculating that a big pharma company is going to come in and scoop it up,” said Rajiv Kaul, portfolio manager of Fidelity Investments’ Select Biotechnology Portfolio. “If I see value in a biotech stock, it’s possible a big pharma firm may see value in them as well.”

The Reuters analysis looked at eight U.S. biotech companies that Morningstar analysts had flagged as potential targets in 2012. The analysis also includes two other healthcare firms that were in play. The findings show that buyouts of six companies would unlock substantial gains for the shareholders.

For example, Wellington, which has about $719 billion in client assets under management, has an estimated average cost of $1.46 per share in Regeneron as of March 31. Regeneron’s stock closed at $122.02 on Tuesday. Other major shareholders in the maker of eye drug Eylea are also substantially in the money.

The analysis is based on the investors’ stock holding reports, going back to the earliest available disclosures with the U.S. Securities and Exchange Commission. It calculates the average cost, weighted by both the trading volume over each quarter and the shareholders’ own transactions over the years. The analysis looks at investors with at least 5 percent of the outstanding stock.

The estimate, which is based on data through March 31, can differ from the actual cost, especially if there are large swings in the share price in any quarter. That can happen in this sector as a result of events like clinical trial results. It can also change significantly from one quarter to the next.

But most shareholders tend not to disclose their actual costs, and bankers and investors say the method yields a good estimate. In the case of Amylin Pharmaceuticals Inc, which was bought last month by Bristol-Myers Squibb Co for $5.3 billion, or $31 per share, activist investor Carl Icahn had an average cost of about $23 per share, a source previously said. The analysis estimates his cost basis at $23.68.

Not all of the top biotech takeover candidates would reap a windfall for their shareholders. The biggest shareholders in two companies in Morningstar’s list – Exelixis Inc and Human Genome – have average costs higher than where the stock is currently trading.

Fidelity, T Rowe Price and Wellington, which together account for nearly 37 percent of the stock of Exelixis, which makes cancer drugs, are out of the money. Only Capital Research Global Investors, with nearly 6 percent, has a lower cost basis than the current share price, the analysis shows.

That could mean these shareholders may demand a high premium from potential bidders – a possible, albeit risky, bet for other investors looking to play the biotech sector.

Illumina’s second-largest shareholder, Baillie Gifford & Co – which sources have said pushed back against the bid – had an average cost of $60.54 per share, the analysis shows.

A high cost also is no guarantee that shareholders would fight a bid. Investors are at times willing to take a loss, especially if their view of the company is not sanguine.

In the case of Human Genome, for example, most of the top shareholders would have been in the red at $14.25 per share, the price at which GSK agreed to buy it.

Yet, Human Genome saw 126.5 million shares, or 63.5 percent of its entire float, change hands on April 19 alone, the day GSK’s initial $13 per share bid was revealed, indicating many long-term institutional investors exited the stock while arbitrageurs likely moved in en masse to bet on a deal.

One possible reason for the exit was the disappointment around the company’s lupus drug Benlysta, whose sales got off to a slow start. The company’s stock fell 69 percent last year.

“Despite the stock trading north of $25 last year, the investment thesis for most fundamental investors fell apart at the end of last year and it would be hard to justify the same price today,” said Ted Chen, an event-driven strategist at Jefferies. “They bought it with the expectation of one outcome. And that one outcome is not going to be feasible anymore.”

Still, GSK paid a multiple of 13.2 times Human Genome’s 2012 revenue, more than double the sector median of 6.2 times, according to ISI Group.