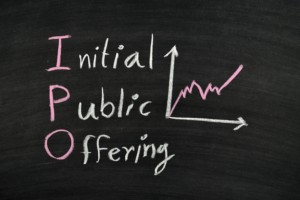 Blackstone Group and Bain Capital-backed Michaels Cos Inc said on Thursday it had raised about $472.6 million in its initial public offering after pricing shares at $17, the lower end of an expected range.

The $17 per share price values the arts and crafts retailer at up to $3.45 billion.

Michaels’ IPO said it had sold all 27.8 million shares on offer, as it priced at the lower end of the expected range of $17-$19 per share.

The retailer, with more than 1,200 stores and about $4.6 billion in sales in fiscal 2013, also offers customized invitation cards and courses in baking, and beading and jewelry making.

Michaels, which was taken private by Blackstone Group LP and Bain Capital LP for $6 billion in 2006, filed for an IPO of up to $500 million in March 2012.

That, however, was postponed after then-Chief Executive John Menzer had a stroke and stepped down.

Bain Capital and Blackstone Group currently own 93 percent of the company as Michaels Holdings LLC, which was formed following the reorganization of Michaels into a holding company structure in July 2013.

The two private equity firms will own about 80 percent of the company after the IPO, if underwriters do not exercise their option.

Michaels said in April it was hit by a security breach of customer payment cards and about 400,000 cards were potentially affected by the breach, which occurred between June 26, 2013, and February 27, 2014.

Michaels, which has about $3.7 billion in debt as of May, said it plans to use the proceeds from the offering to redeem $466 million of Holdco notes, issued in July 2013.

The company is expected to debut on the Nasdaq on Friday under the symbol “MIK”.

J.P. Morgan and Goldman Sachs were lead underwriters to the offering.

(Reporting by Neha Dimri in Bangalore; Editing by Ken Wills)